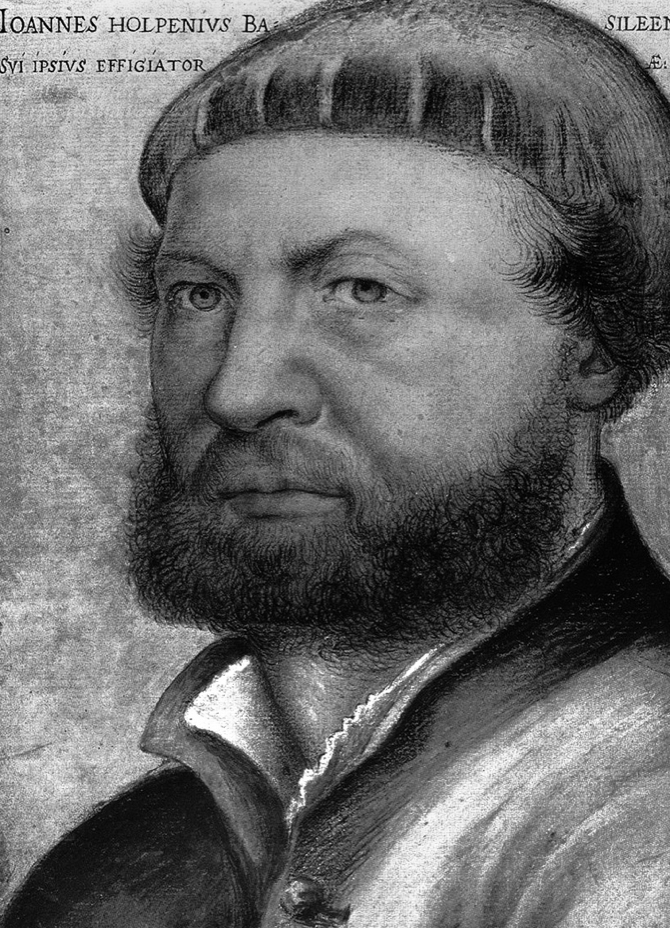 Hans Holbein the Younger was a famous court portraitist who immortalised the Tudor aristocracy as well as eminent humanists and intellectuals. Born in Augsburg around 1465, he travelled extensively across Europe, settling in England in 1526 where he found immediate fame for his realistic, penetrating portraits of powerful politicians and philosophers such as Sir Thomas More (1527). In 1533 he produced the incredibly influential painting ‘The Ambassadors’, a labyrinth of intricate symbols and arcane suggestions which fascinates viewers and critics to this day.

Few names in the history of early modern art are more celebrated than that of Hans Holbein the Younger, the court portraitist who immortalised the Tudor aristocracy as well as eminent humanists and intellectuals across Europe. The German painter was born in Augsburg around 1465 into a family of artists. His father was the famous Hans Holbein the Elder, known for his richly vibrant religious paintings of the late Gothic style, and his brother Ambrosius, with whom he collaborated in the first years of his career, was himself also an accomplished painter. Holbein’s versatile skills combined the northern European Gothic tradition with the artistic trends of the Italian Renaissance, producing not only paintings but also prints, miniatures and jewellery designs.

In the early years of the 16th century Holbein started his travels across Europe. With his brother Ambrosius, he first moved to Basel where they designed prints, murals and stained glass. Here, he received his first important commission: a set of illustrations for the influential philosophical treatise ‘The Praise of Folly’ by Erasmus of Rotterdam.

His stay in Basel also marked the beginning of his career as a portraitist, having worked for the burgomaster’s family. Holbein immediately gained a reputation for his precise, meticulous reproductions of his sitters’ likenesses. The cool, detached appearances of his subjects reveal an extraordinary insight into their characters, which emerges even more forcefully through Holbein’s tactile depictions of textiles, jewels and other objects alluding to the figures’ intellectual lives.

The diffusion of Reformation ideologies, which forbade representations of divinity, meant that artists had increasing difficulties in finding work. Historians believe it may have been for this reason that in 1526 Holbein moved to Antwerp and subsequently to England, where he found immediate fame for his realistic, penetrating portraits of powerful politicians and philosophers such as Sir Thomas More (1527). Having obtained the patronage of Queen Anne Boleyn and the courtier Thomas Cromwell, in 1535 he became the official court painter for King Henry VIII, producing not only portraits but also festive decorations, frescoes and designs for jewellery and precious objects. His artworks document court life during the foundation of the Church of England, established by Henry VIII in opposition to the Roman papacy.

What is arguably Holbein’s most important work, ‘The Ambassadors’, is dated to 1533. It portrays two French dignitaries sent to England, surrounded by symbolic objects alluding to knowledge, wealth and social status. Holbein’s exceptional painterly skills are exemplified in the distorted, hovering skull which can only be seen properly from the lower right angle, an effect known as anamorphosis. Such unprecedented illusionistic impression, combined with the abundance of symbols, allusions and paradoxes, encourages an interactive, interpretative participation from viewers.

Holbein’s career came to a halt when he died suddenly of the plague in 1543. Although he never founded a school, his works exerted a considerable influence on the centuries to come. Holbein’s ability to instil life and personality in his portraits makes them part of a long‐lasting collective imagination. It is through Holbein’s vision that we picture, in our minds’ eyes, many historical figures today. His works have become active witnesses of a time that often seems to dissolve into mythology. 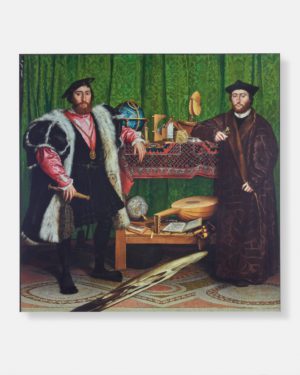