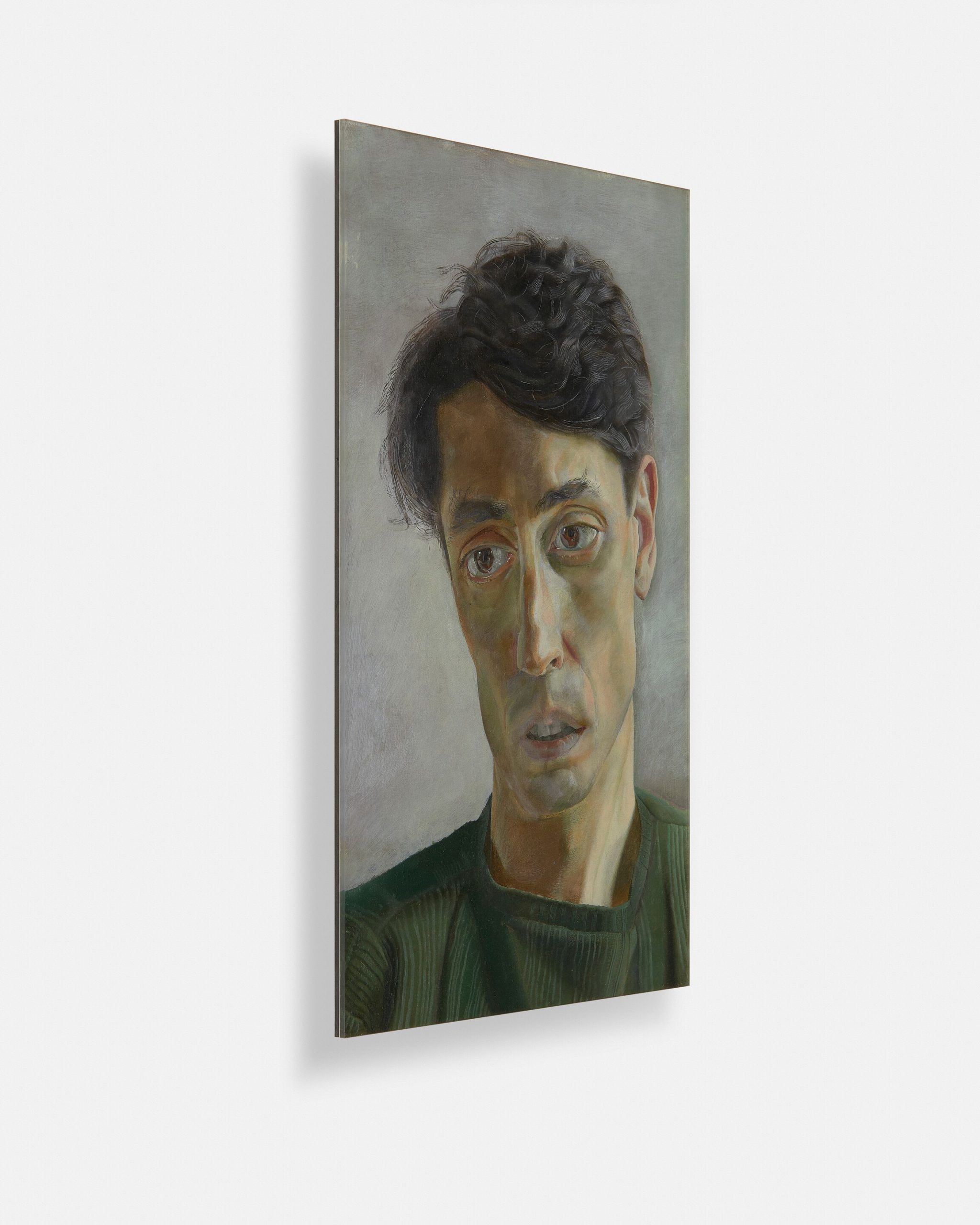 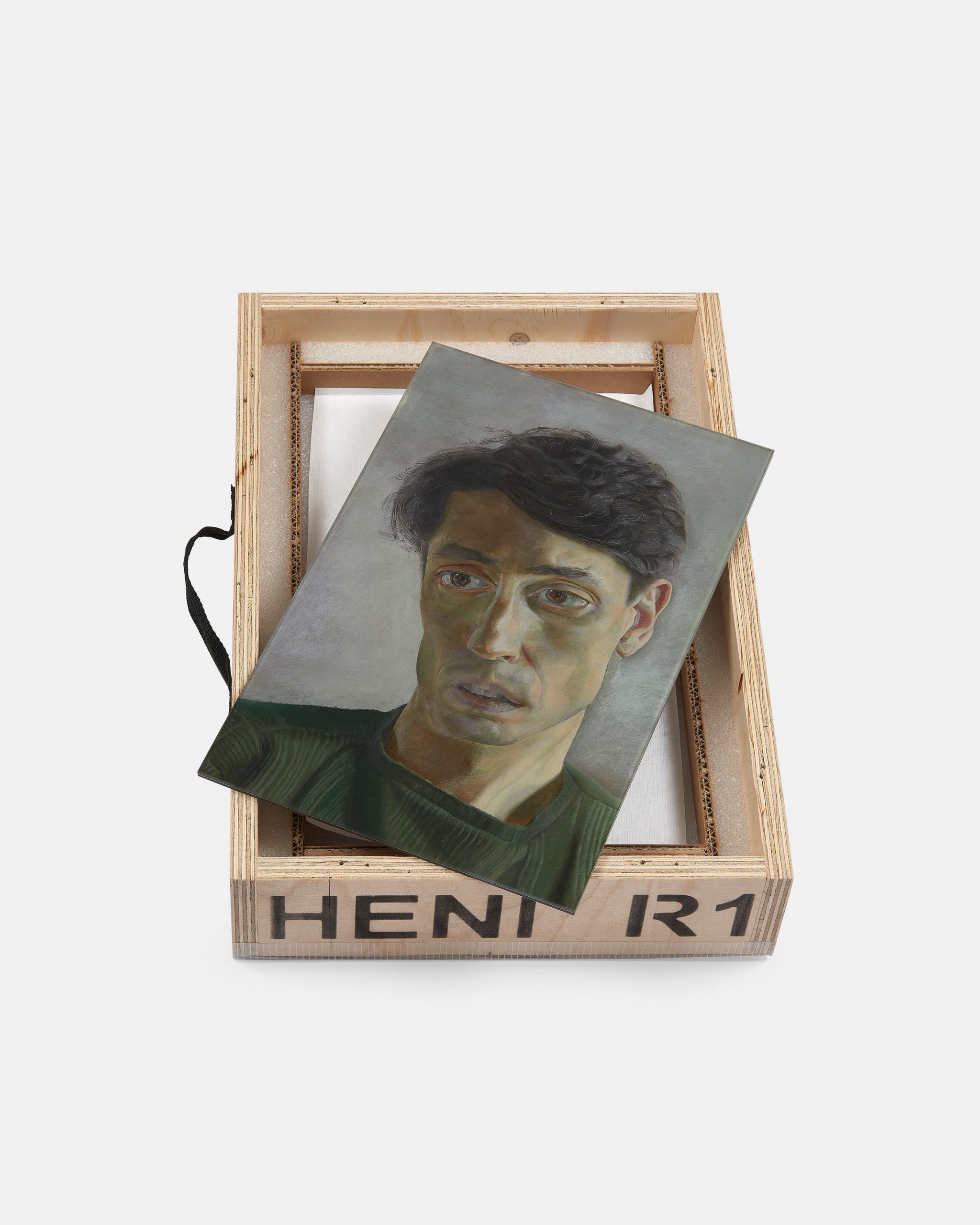 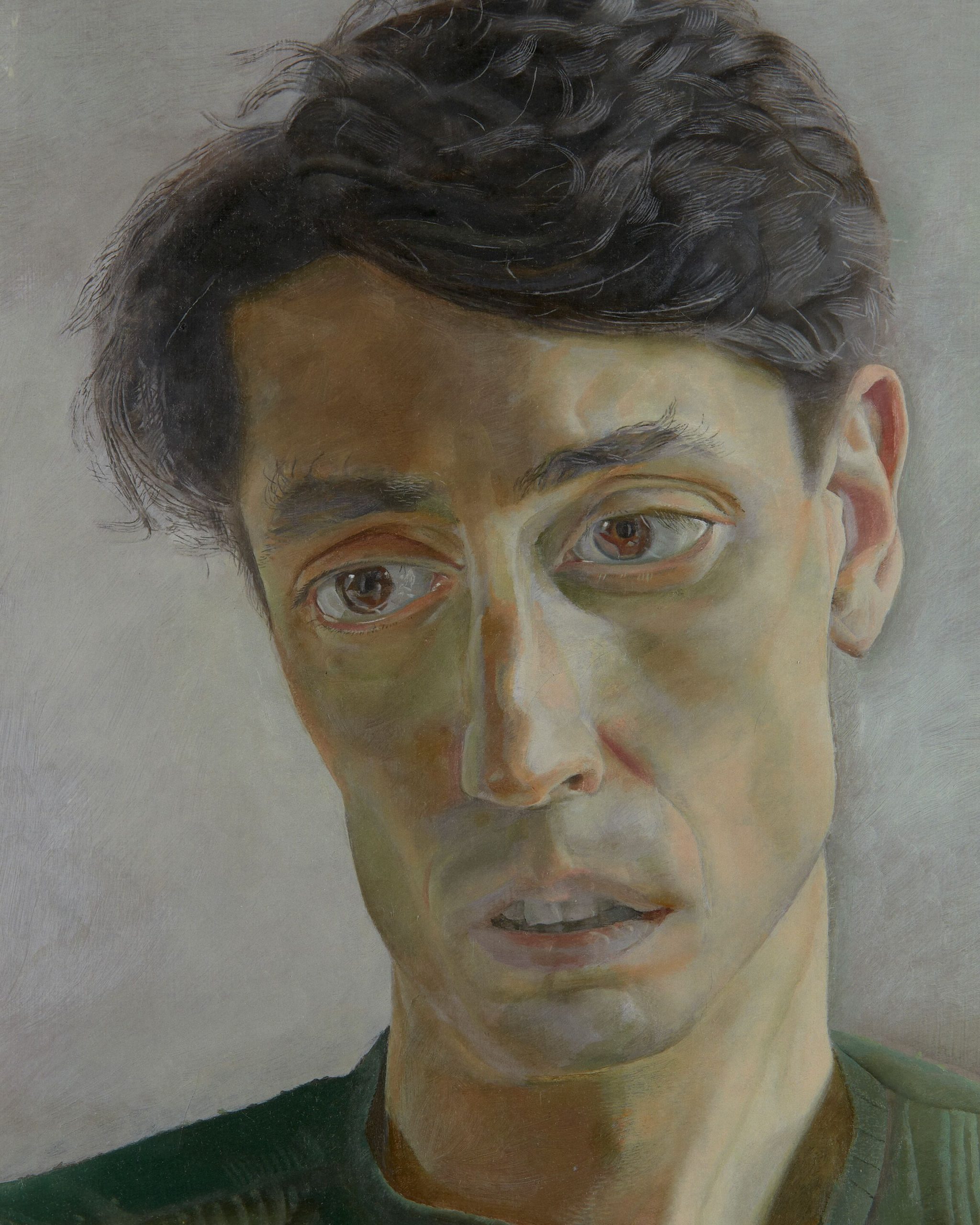 In 2018, Lucian Freud’s estate, in partnership with HENI Editions, produced an edition of ‘Portrait of
John Minton’, originally painted in 1952 and bequeathed to the Royal College of Art in 1957. Minton, a
painter and illustrator who taught traditional anatomical drawing and figure painting at the Royal
College of Art, was Freud’s personal friend. In the portrait, his face, expressive but seemingly regretful,
occupies most of the canvas and offers a haunting image of restrained despair.

Perhaps the greatest portraitist of the 20th century, Freud’s practice was notoriously laborious; it
required not only a vast number of preparatory sketches but also profound emotional exchange with his
sitters. Intimate but intense, his portraits interrogate bodily features by extracting individual truths from
heavy layers of tones and textures. Nevertheless, Freud conceptualised his portraits as autobiographical,
conflating objective vision with personal memories and sensory experiences.

While he focused on portraits for most of his career, Freud’s technique changed significantly throughout
his seven decades of activity. The works of the 1940s and ‘50s, as ‘Portrait of John Milton’ demonstrates,
reproduced flesh tones through a dark palette and delicate brushstrokes. In later decades his paintings
became lively and unrestrained, abandoning the graphic style for a more painterly one.

The most striking feature of ‘Portrait of John Minton’, as well as Freud’s entire practice, is the continued
quest for raw insights into the human condition, which he inherited perhaps from his grandfather, the
psychoanalyst Sigmund Freud. Avoiding comfortable routines and idealistic approaches to
representation, Freud constantly strove to broaden the boundaries of his subject matter.