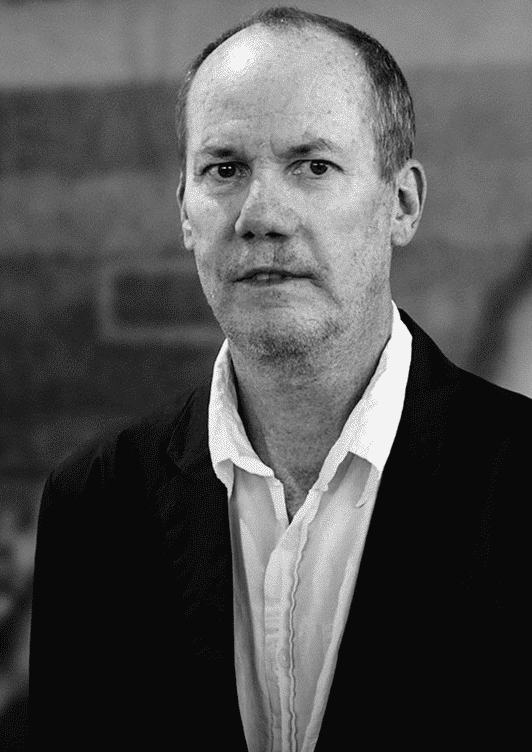 A leading figure of the Pictures Generation, American artist Richard Prince has redefined traditional understandings of authorship. Employing conceptual photography and appropriation, Prince’s provocative paintings, photographs, sculptures, drawings and prints produce intriguingly ambiguous critiques of consumer culture. His oeuvre boasts of innovative approaches to mass imagery including rephotographing and overpainting to imbue his images with conflicting emotions as they simultaneously critique the images and reveal an underlying pleasure in them. Constantly engaging with the ever-changing landscape of mass imagery, Prince continues to adapt his visual language, including in 2014 when he expanded his practice to Instagram Art.

A leading figure of the Pictures Generation, a group of Americans in the 1970s known for their critical engagement with mass culture, Richard Prince has redefined traditional understandings of authorship. Employing conceptual photography and appropriation, Prince’s provocative paintings, photographs, sculptures, drawings and prints produce intriguingly ambiguous critiques of consumer culture.

Born in 1949 in the Panama Canal Zone, Prince moved to Boston in 1954. After being rejected admission to the San Francisco Art Institute, he moved to New York in 1973 where he was first exposed to the tenets of Conceptual Art. Prince worked in New York’s Time-Life building as a preparer of magazine clippings, which directed his attention toward advertisements and the possibilities they presented, initiating his career-long manipulation of Conceptual Art practices to engage with mass imagery.

In the early 1980s Prince began arranging found advertising images into a grid structure which juxtaposed them, producing deliberately artificial images. He referred to these groupings as ‘gangs’, with each gang focused on a different motif from popular culture. This practice soon evolved into his own entry into photography as he rephotographed images from mass media. Among his resulting best-known works is his ‘Cowboys’ series, photographs which imitate a Marlboro advertising campaign. Defending his choice to appropriate photographs, Prince said that he was trying to get at something that he could not with his own invented images, effectively initiating a career as the father of Appropriation Art.

In the late 1980s Prince began engaging with text. In works like ‘When I was 15’ (1989) a joke is written across a monochromatic background. It was also during this period that he began painting found materials, including car parts, blurring the boundaries between painting and sculpture. This practice would reappear later in his sculptures such as ‘Dear Mary’ (2008) in which a 1987 Buick Grand National is wrapped in vinyl material covered in images of women.

In the 1990s Prince’s focus turned toward photographing the mundane details of his suburban home in upstate New York. This project inspired his widely acclaimed ‘Nurse’ series, which he painted at this home. First unveiled in 2002, the subjects of the series are taken from the covers of pulp fiction and medical romance novels. Prince transferred inkjet prints of the covers onto his canvases which he then painted over, employing a dynamic painterly practice reminiscent of the emotive strokes of the Abstract Expressionists. As is true across his appropriation works, the resulting paintings reveal sentiments of both repulsion for the sexist stereotypes and an undeniable pleasure in his rendering of the subjects. This practice evolved into further ‘Nurse’ works which have a distinct aura of punk as the paint appears to drip like blood and the subjects are rendered with physical ailments.

Prince continues to engage with the ever-evolving world of consumer culture and mass imagery. His acute skill in working with such topics is notably seen in his ‘New Portraits’, began in 2014. In his first involvement with Instagram Art, screenshots of various Instagram posts are blown up onto massive canvases. In the press release for the exhibition, Prince wrote ‘IG is a bedroom magazine’, nodding to his perennial fascination with advertising and highlighting his innovative approach to Conceptual Art which has cemented him as one of the most consequential artists working today. 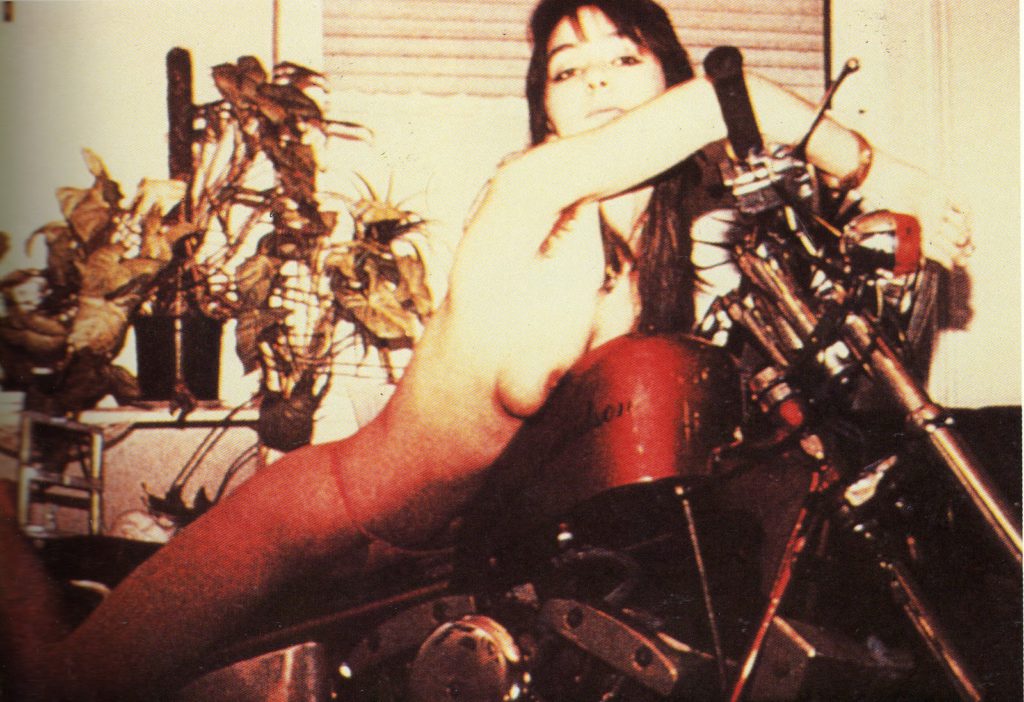 In the early 1990s Richard Prince began producing his ‘Girlfriends’ series of photographs, captured using his characteristic technique of rephotographing and editing existing images. Modelled after photographs in motorcycle magazines and newsletters, the subjects of the series are women in various states of dress, posing provocatively on motorcycles. The result is a series of works which claim to critique issues of gender and culture.

Prince began using his technique of rephotographing in the 1980s with a focus on particular ‘gangs’ or motifs from mass culture, in this case the sexy girlfriends of macho bikers. The physical appearances of the photographs imitate those of the originals as Prince maintains the imperfections such as grainy lack of focus or saturated light. In doing so, the photographs of ‘Girlfriends’ highlight the poor photographic techniques of the originals and the unnatural poses of the models.

The girlfriends of these bike owners throw their bodies across the bikes, sometimes wholesomely smiling at the camera while other times posing seductively. With these images having been captured
by their boyfriends and submitted to the periodicals for publication, they convey a deeply desperate form of masculinity that is so embedded in motorcycle culture. However, the readers of these publications are overwhelmingly the patients at a doctor’s office or the casual Sunday rider. Therefore, in narrowing in on these images and decontextualising them in the space of the gallery, Prince highlights the falsities present in the American Dream.

Prince later returned to the portrayal of girlfriends, the partners of protagonists whom he attempts to understand, in works like ‘Untitled Girlfriend (Jerry’s Girl)’ (2013). Approaching the subject in a
new digital age and with advancements to the possibilities of photography, this portrait is a composite of the 57 girlfriends of Jerry Seinfeld’s character in ‘Seinfeld’. 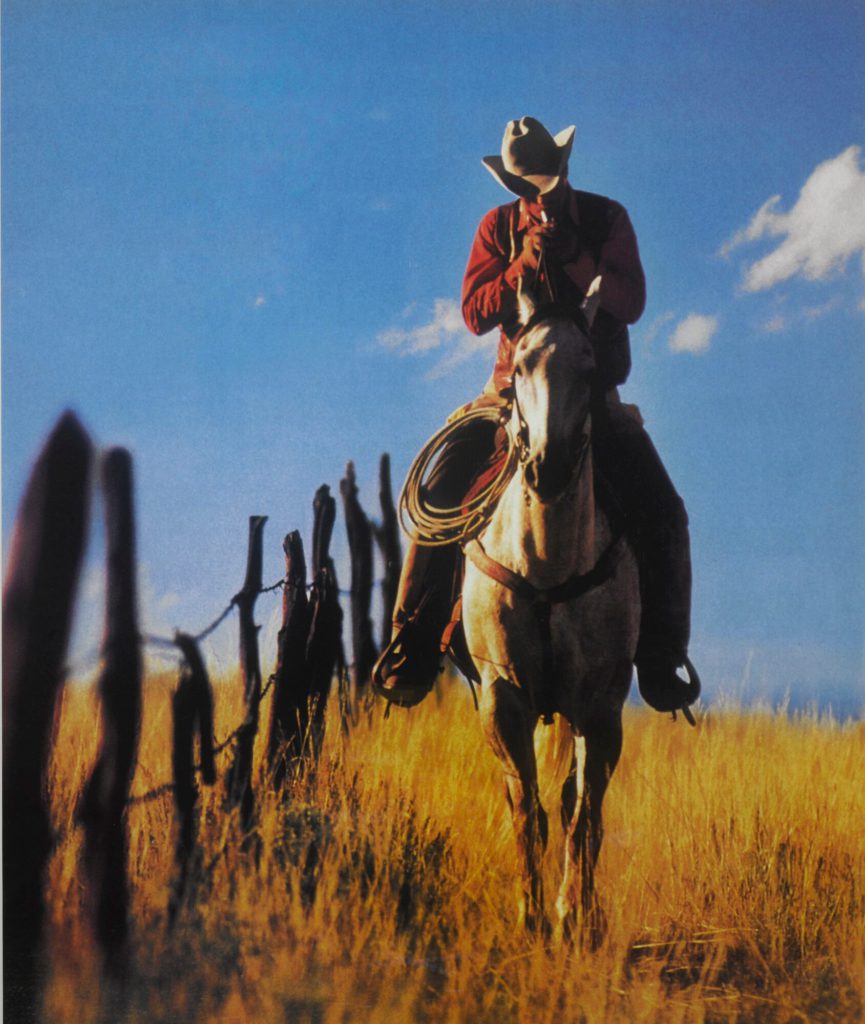 Born out of his time producing clippings at the Time‐Life building in New York was Richard Prince’s most classic subject: cowboys. Producing clippings of texts, Prince became increasingly aware of the advertisements, including the Marlboro cowboys. First conceived of in 1954 as the ‘Marlboro Man’, the company advertised their cigarettes using photographs of cowboys galloping across the vast plains of the West. These images, which join the heroics of the American West with a distinct form of machismo, are embedded into the collective conscious and were naturally appealing to Prince.

Prince’s ‘Cowboys’ series began as photographs, produced through a technique of rephotographing the original Marlboro advertisements, cropping out the texts and logos, and enlarging the image to reveal the grain. As technology developed, Prince was able to enhance the scale and formal intensity of the image, take his subjects further out into the landscape, and work from high quality images entirely devoid of copy. Yet, through each stage of the photographs of the ‘Cowboys’ series, Prince manages to push the boundaries of traditional conceptions of authenticity, while also highlighting the irony of the advertising campaign: images conveying the self‐sufficiency of cowboys in the vast open plains of the West are used to earn money for urban corporations.

Prince has since taken his ‘Cowboys’ subjects into new media including collage and painting. His cowboy paintings, produced in 2012, follow on the tradition of his monumental ‘Nurse’ series.
Taking inspiration once more from pulp fiction and the covers of so‐called ‘frontier books’, Prince translated images of the book covers onto canvases and overpainted them. With his expressionistic
strokes and emotive use of colour, Prince decontextualises the characters from their famous settings. As is true across the series, what remains apparent is the enduring appeal of the cowboy mythology. 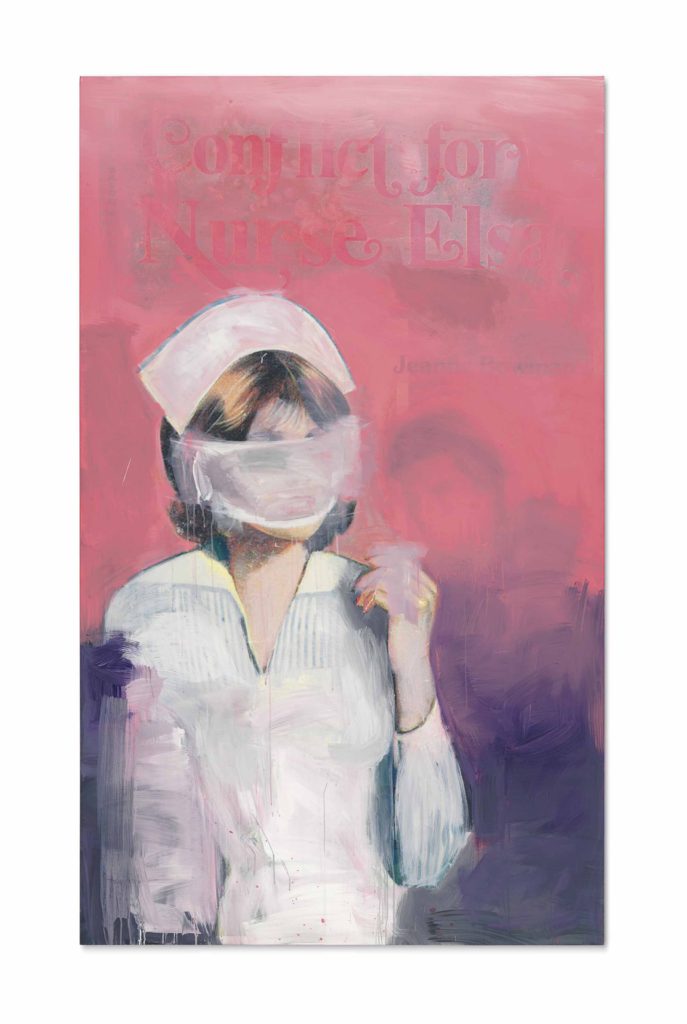 In 2003, Richard Prince first unveiled the first iteration of his ‘Nurses’, what would become one of his most celebrated series. Following on a project he began in the 1990s in which he photographed banal details of his suburban home in upstate New York, Prince’s attention was drawn to his collection of ‘Naughty Nurse’ books, produced in the ‘50s and ‘60s.

Using inkjet scans of these covers which he enlarged onto canvases, Prince painted over the images, obscuring all but their titles and the nurse figures. Vast swaths of paint, reminiscent of the techniques used by the Abstract Expressionists, cover the superfluous text and imagery, and create notable contrasts to the sheer whiteness of the nurse’s uniform. In doing so, Prince both highlights the uniform itself and creates a sense of drama.

The book titles like ‘Park Avenue Nurse’ and ‘Man‐Crazy Nurse’ are revealed in Prince’s works, which bear the same titles. These sexist descriptions are used to characterise the different beautiful and masked nurses depicted on their covers. The books that Prince appropriates nod to sexual fantasies that pervade fashion magazines and pornography. It is through his ‘Nurses’ series that he attempts to pull apart the stereotype, nonetheless while also infusing each painting with an underlying tone of pleasure in his complicity in reproducing the images once more.

Since 2003, Prince has returned to the ‘Nurses’ series in the form of collage and a new iteration of paintings. His 2006 paintings build on the earlier series as his nurses return but devoid of their accompanying book titles. Against an obscured background, there is a sense of gore as paint drips down the canvas. The punk sensibility is further accompanied by the notations rendered alongside the nurses which dictate their various ailments or with superficial shortcomings, such as crooked teeth. 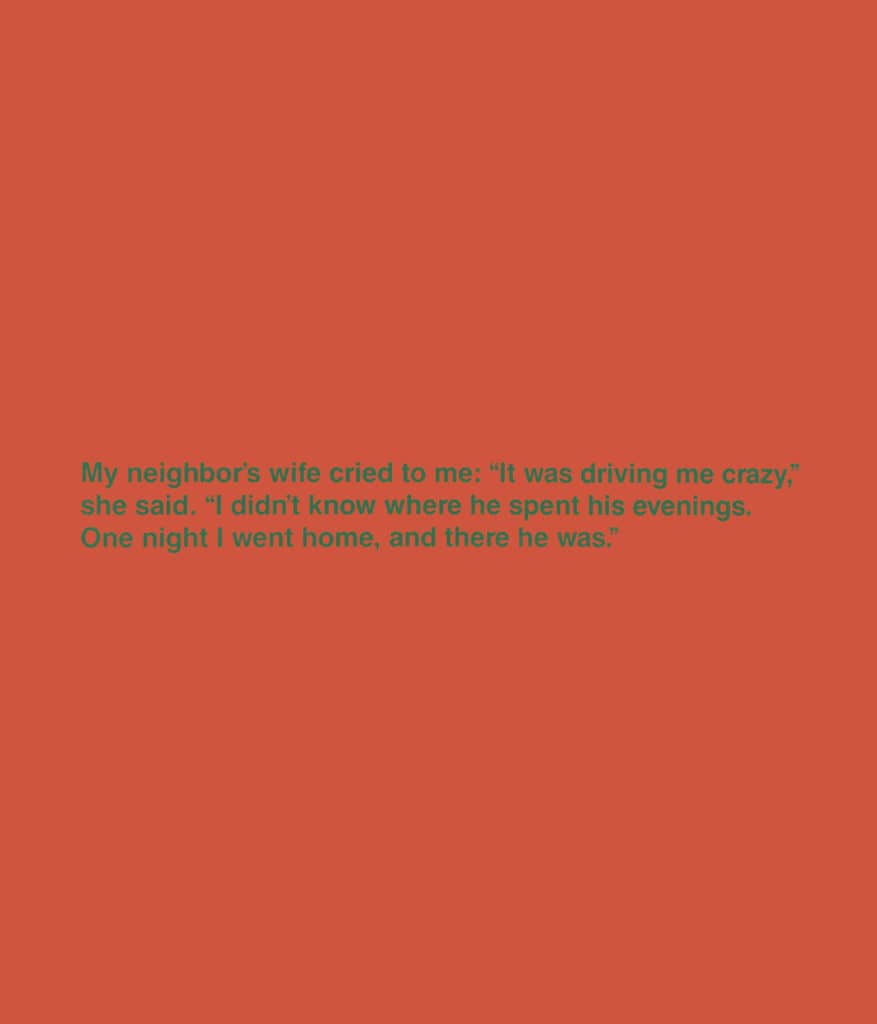 Richard Prince is known for his bulldozing of traditional conceptions of authorship and authenticity, and for his poignant use of appropriation to instigate succinct discussions on mass culture. Though he is largely known for his use of imagery from advertising to produce series such as ‘Cowboys’, Prince’s ‘Jokes’ series of various prints proves that cartoons, like advertising, echo prevailing attitudes.

In 1984, Prince began producing cartoons with jokes, modelled after those found in the ‘New Yorker’ magazine. He recalls that whilst he was producing these works ‘artists were casting sculptures in bronze, making huge paintings, talking about prices and clothes and cars and spending vast amounts of money. So I wrote jokes on little pieces of paper and sold them for $10 each’, effectively highlighting the originality and novelty of what he was doing.

In 1987, Prince started removing the cartoons from these works, leaving behind just the text and effectively formulating the visual language that is associated with his ‘Jokes’ series. Endless jokes were selected from various magazines and books, the text of which he reformatted and enlarged, as well as distilled the joke so as to more quickly arrive at the punch line. The text was then printed in colour onto a monochrome background, recalling the innovative abstraction of the Minimalists and colour field painters.

Since then, Prince has continued to adapt and develop his ‘Jokes’ series through techniques such as consolidating two jokes onto a single work, adding in scrawled figurations or incorporating grammatical errors into the text. Still, consistently across the series is its exposure of the underlying attitudes and tensions that exist within social interaction. 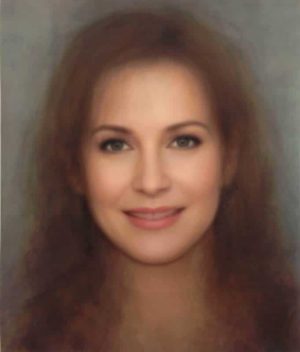