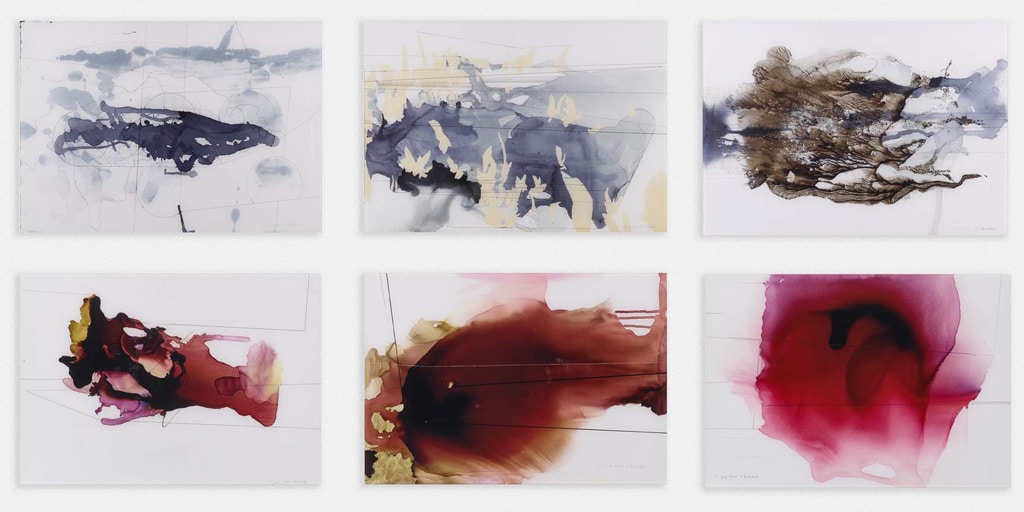 We are thrilled to announce the release of six new works by Gerhard Richter titled December 2020 (A – F), published in a limited edition of 25 +5 AP, each numbered and signed by the artist.
Following a period of rich experimentation throughout 2020, Gerhard Richter based these editions on a series of new watercolours on paper, reproducing them in full scale. Billowing forms in shifting registers of red and blue course across white fields, hinting towards the picture’s own internal space and the slightest suggestion of landscape or sky. Linear markings in graphite express an internal architecture and logic in contrast to the unpredictable instability of watercolour, anchoring the free flowing forms which risk breaching the field’s constraints.
While Gerhard Richter has worked sparingly on paper through the course of his storied career, the fluid and experimental nature of watercolour holds a special importance in the development of his practice. Richter’s first known works are a series of 31 monotypes from 1957, titled Elbe, which resulted from an extended experimentation with the fluid properties of ink on paper. A similar sense of liberation energises December 2020 (A – F) which celebrates the chance and spontaneity inherent to working with watercolour. Richter has spoken of his affinity for the independent position watercolour historically holds, somewhere between painting and drawing, yet untethered to hierarchical classifications.
Discussing watercolours with Dieter Schwarz in 1999, Richter said “…what I find very beautiful is that these watercolours have so many stories to tell – almost as in a fairy tale, one can recognise figures, battling serpents, red giants, boulders and clouds…”. 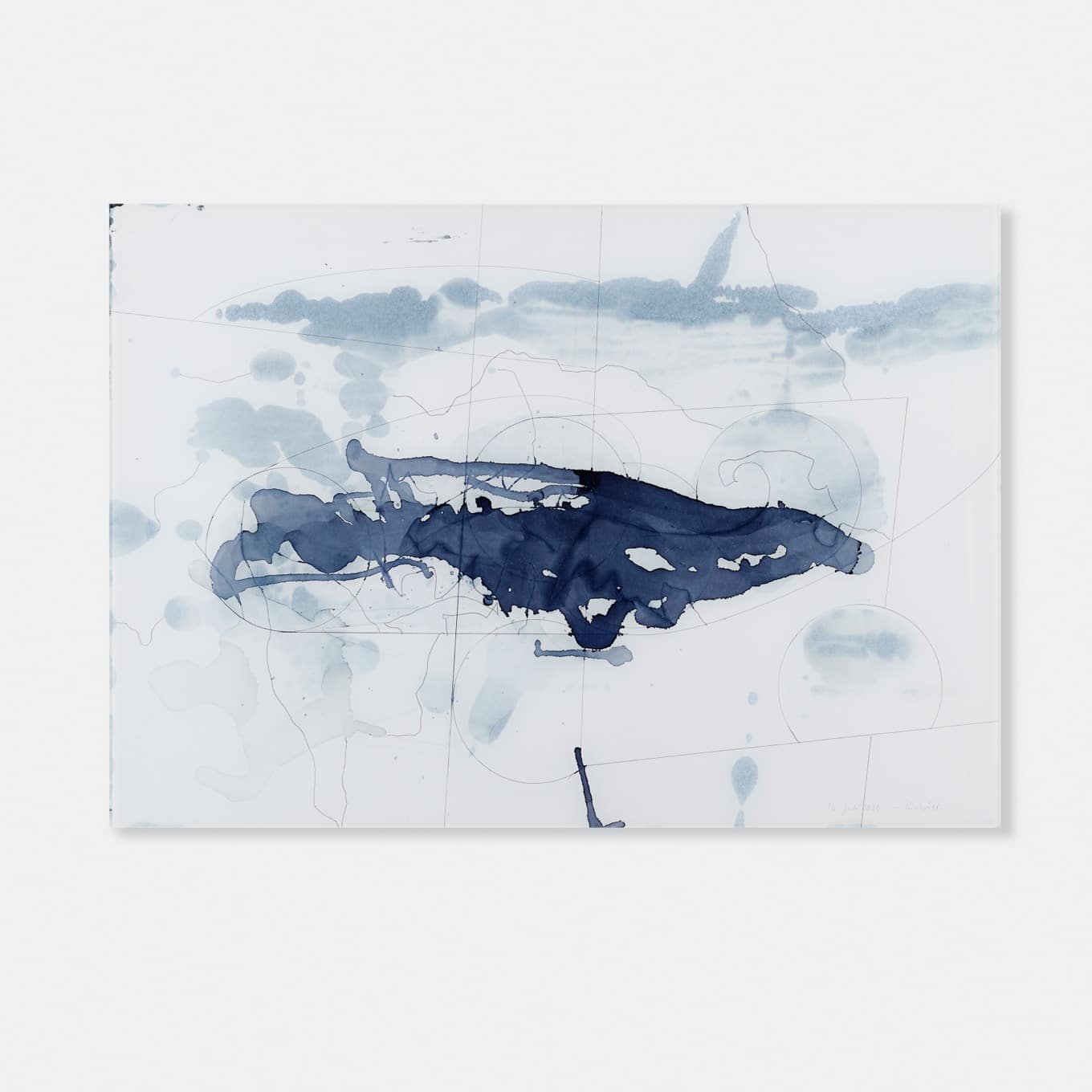 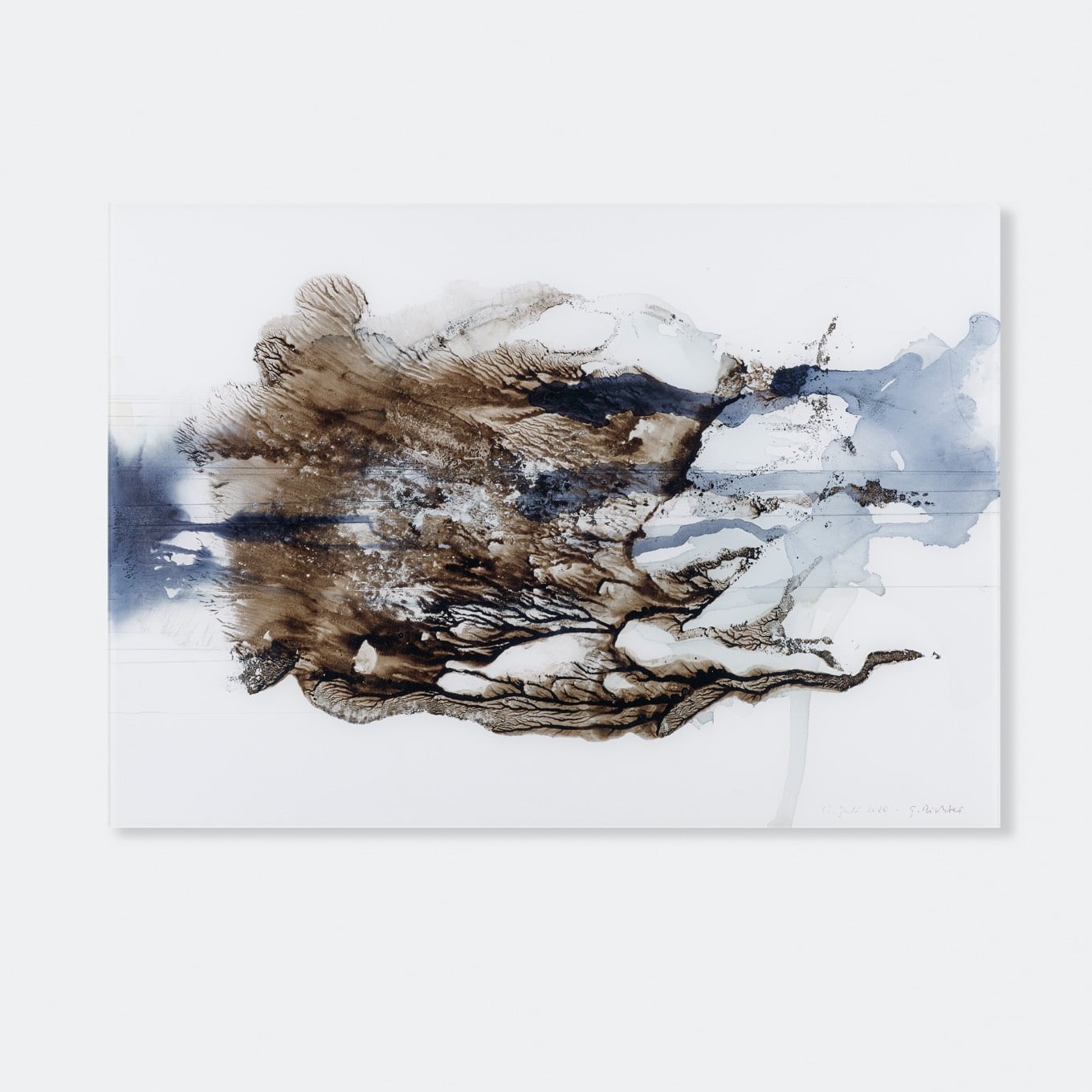 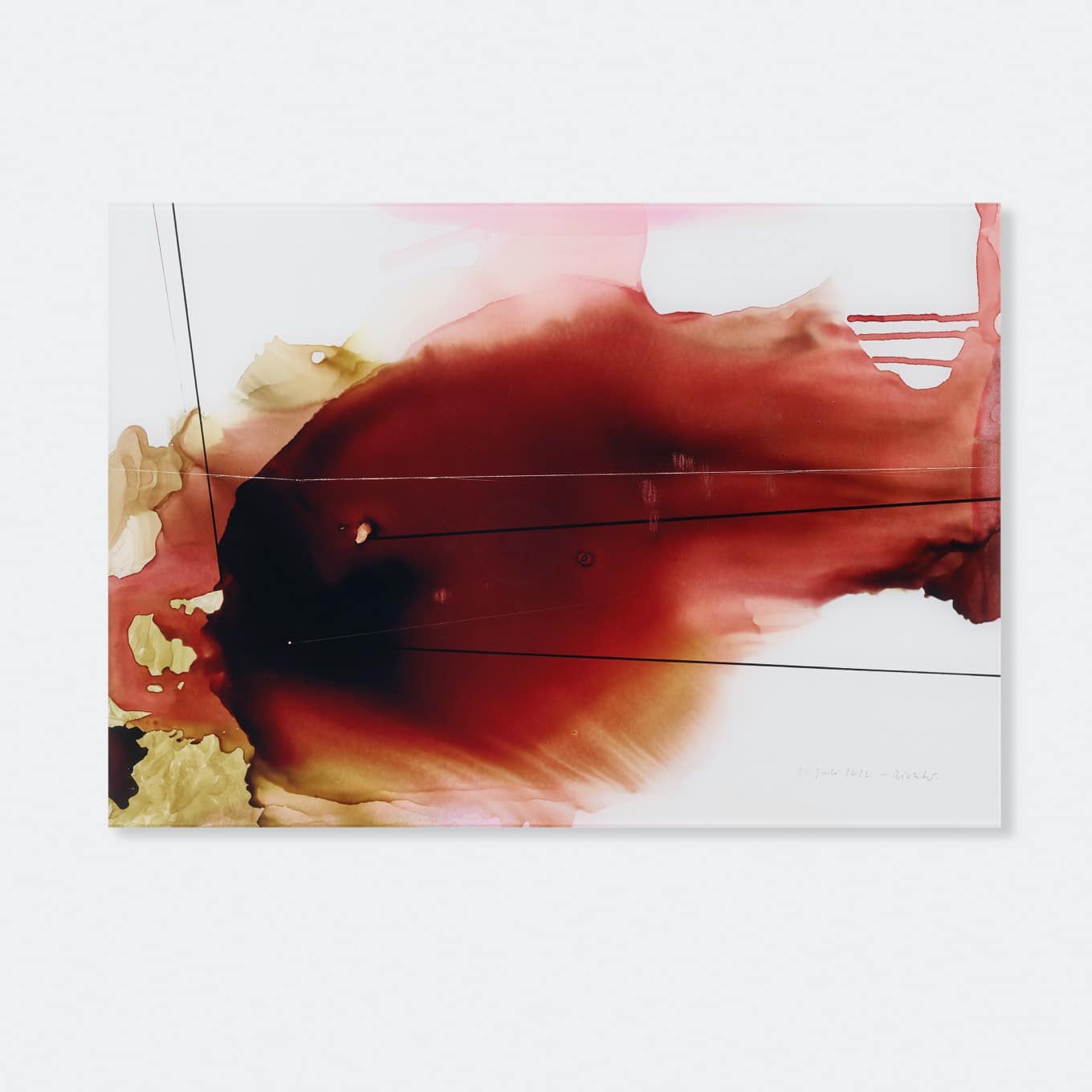 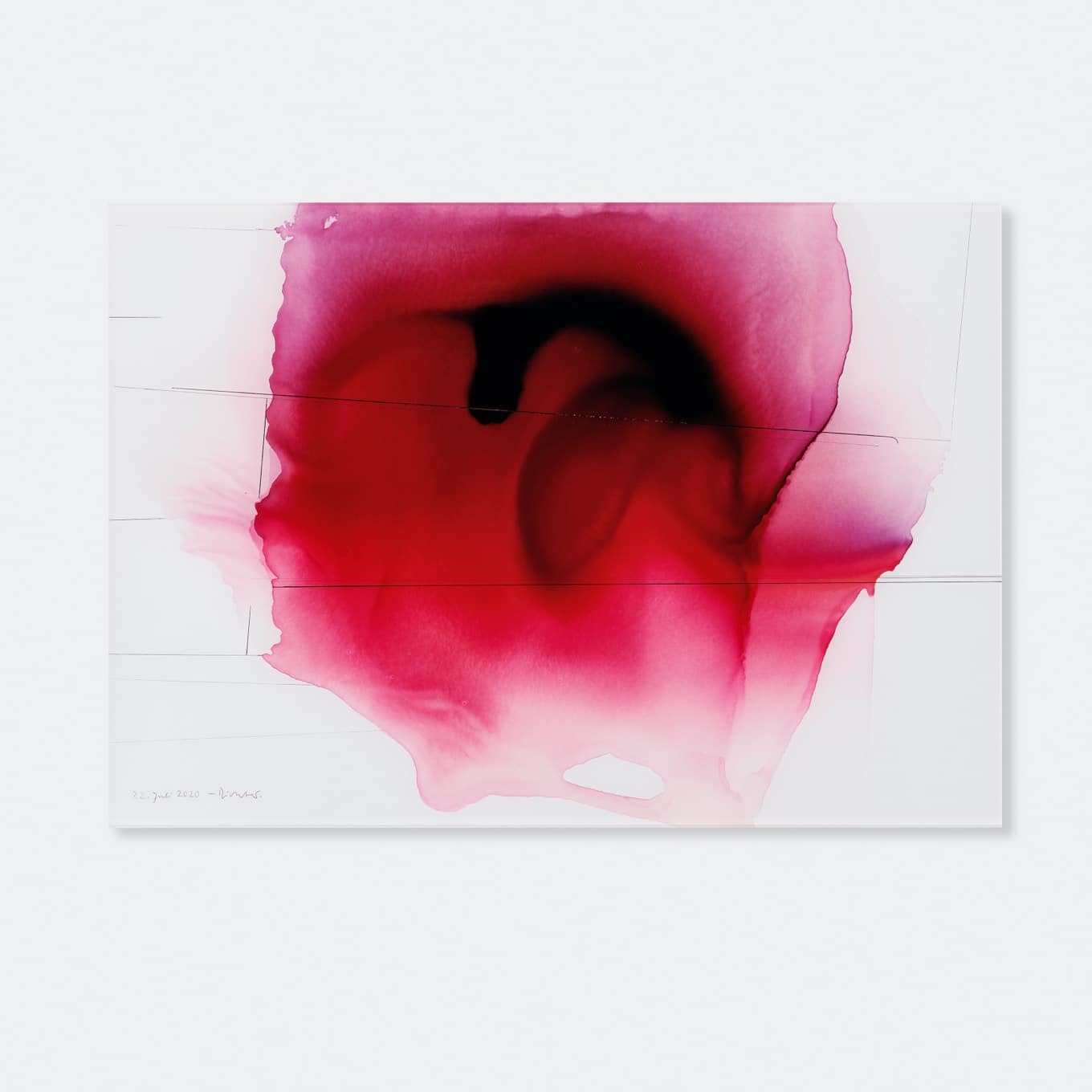