Heni Editions is delighted to release four new editions by Damien Hirst: The Elements. Many Eastern and Western philosophies teach that the universe is made up of elements that need to be harmoniously balanced in order to support the proper flow of spiritual and life force energy. The idea that these four elements – earth, air, fire and water – made up all matter was the cornerstone of philosophy, science and medicine for over two thousand years.

Damien Hirst first symbolised the elements in his 1992 artwork ‘Pharmacy’ which showed four glass apothecary bottles, filled with coloured liquids to represent each of the elements – the traditional symbol of a pharmacy enabling people to recognise one before mass literacy. In ancient times, the elements were used to heal the sick before modern medicine and Hirst has long been interested in our belief in medicine and cures. Damien has said “I can’t understand why most people believe in medicine and don’t believe in art, without questioning either… I like the way art works, the way it brightens people’s lives up… but I was having difficulty convincing the people around me that it was worth believing in. And then I noticed that they were believing in medicine in exactly the same way that I wanted them to believe in art.” 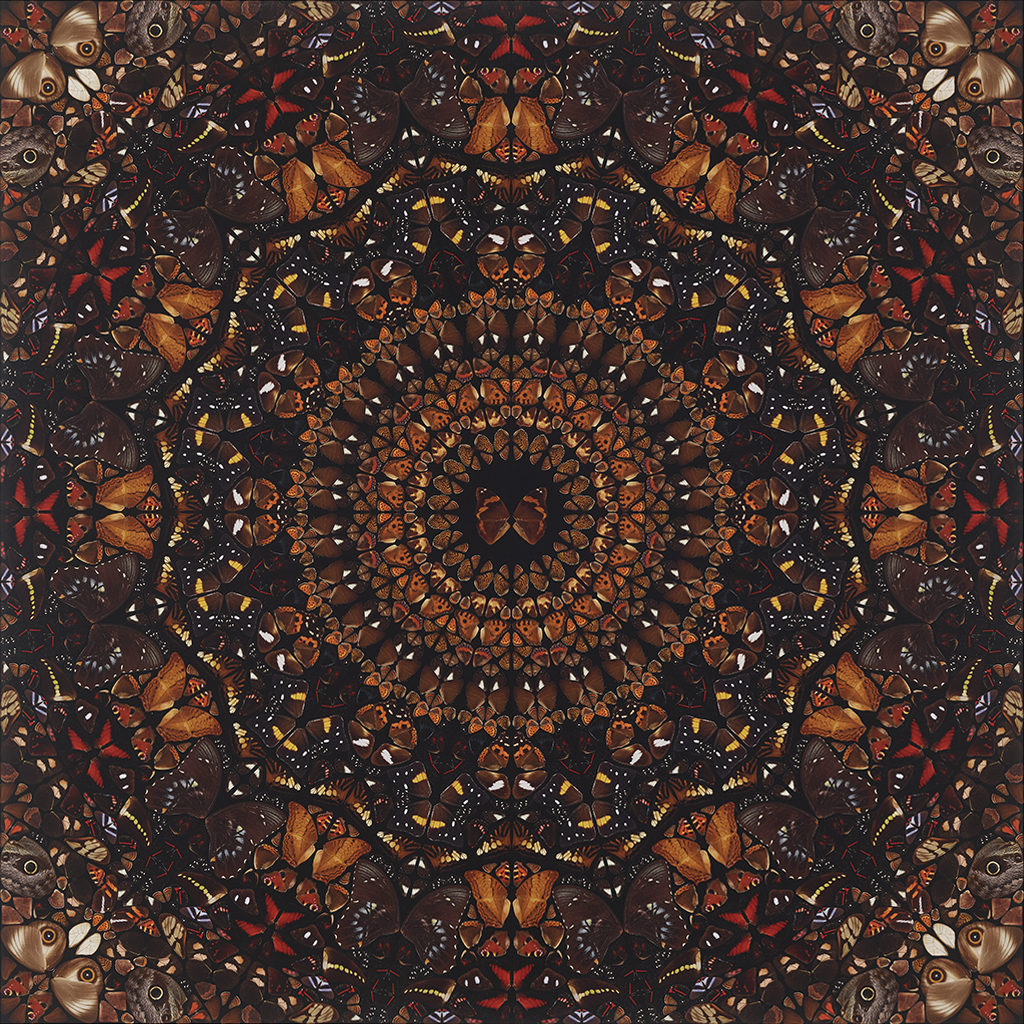 Humanity’s fundamental and primordial relationship to the element of earth is often characterised as maternal. Earth is itself a source of new life which provides us with physical and spiritual nourishment, and is represented here as a delicate, yet solid, network of butterfly wings. Our ongoing reliance on this element is seen in Hirst’s own fascination with the complex relationships between nature, science and religion. He himself has said, “[pills] come out of flowers, plants, things from the ground, and they make you feel good”. 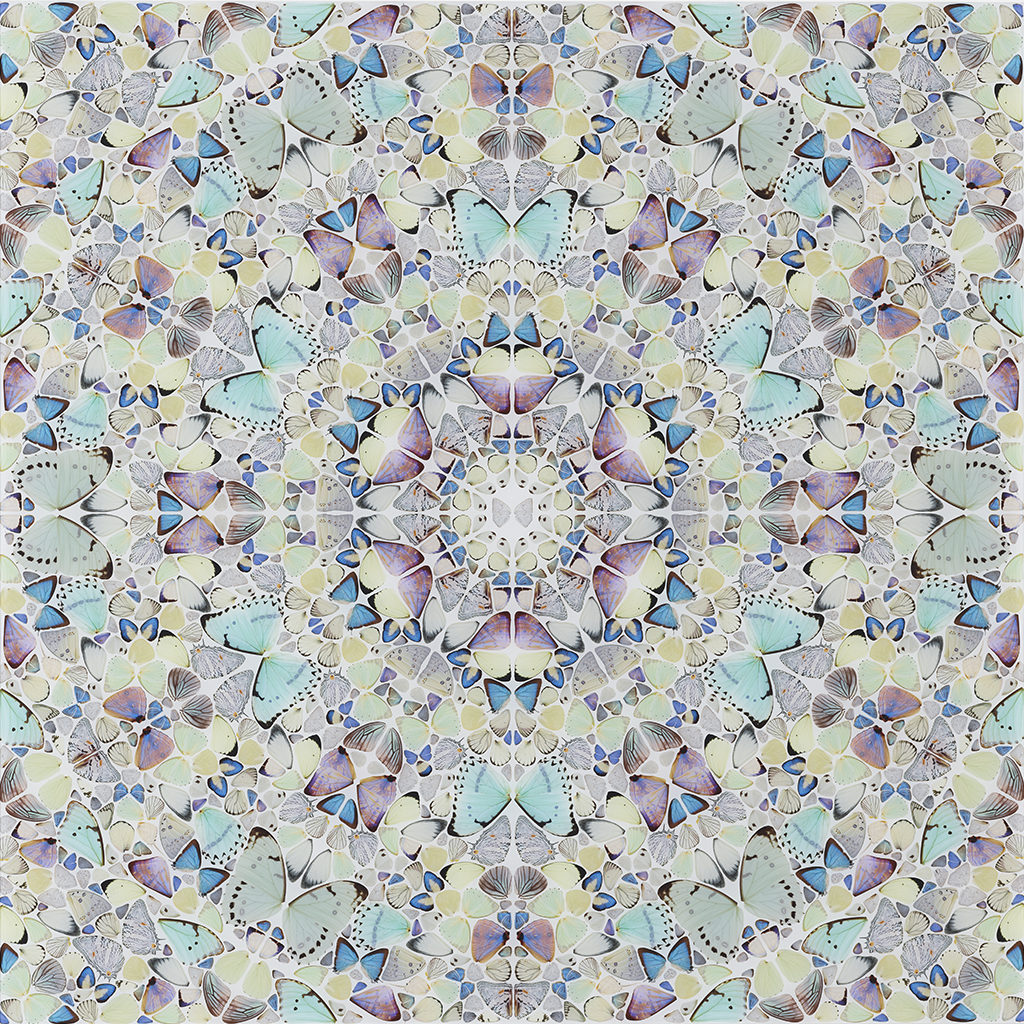 As the least tangible of the four classical elements, the significance of air is often understated. It is an invisible yet powerful force which has been tied for centuries to notions of hidden knowledge, fate, spirituality and other imperceptible forces that play a hand in our world. Hirst’s visualisation of this element presents a serene kaleidoscope of pale butterfly wings; a stoic and serene composition to evoke calm and deep contemplation. 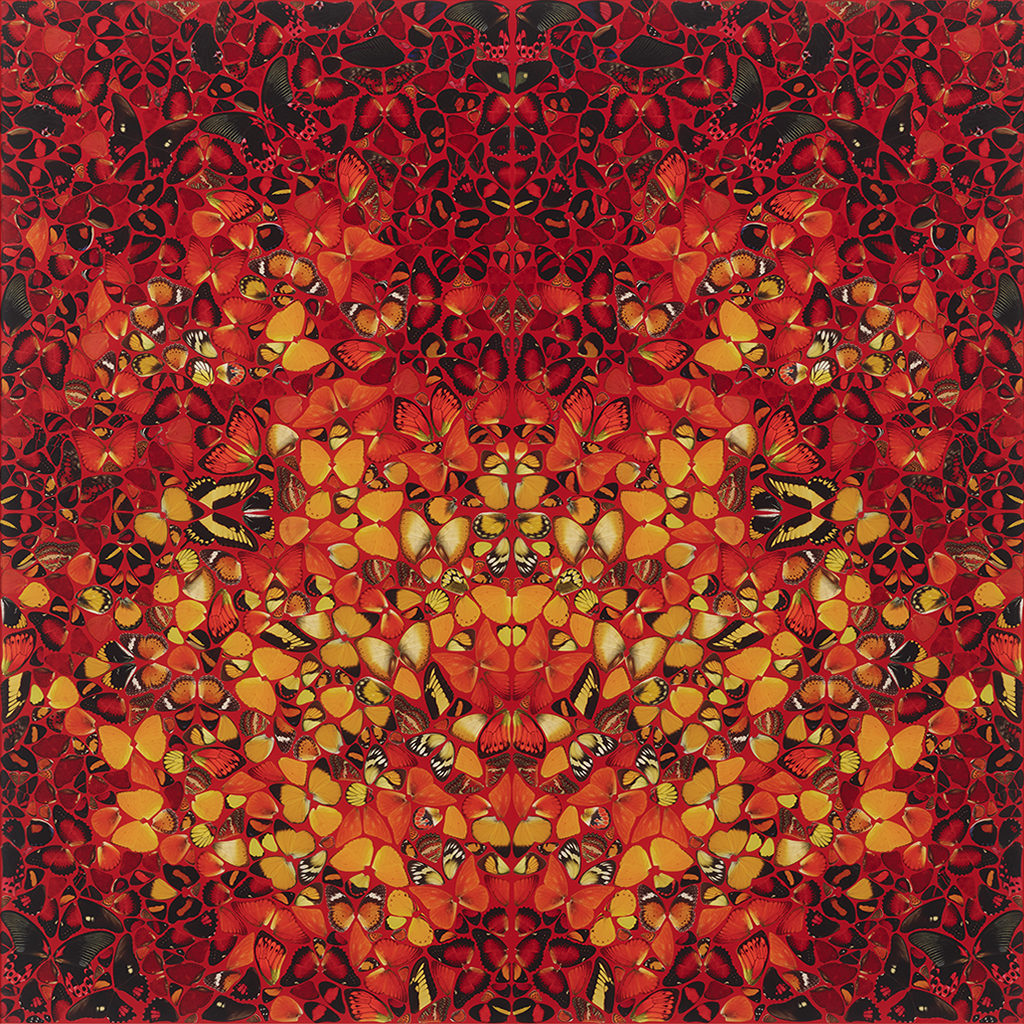 Celebrated in historical myths from Prometheus to Moses, fire is an element held at the very heart of the human condition; it is a symbol of creativity and destruction, energy and power, passion and anger. Fire destroys indiscriminately and forges new life from the ashes. This concept of rebirth has long been explored by Hirst through the motif of the butterfly and is presented here in a chaotic explosion of energy and light. 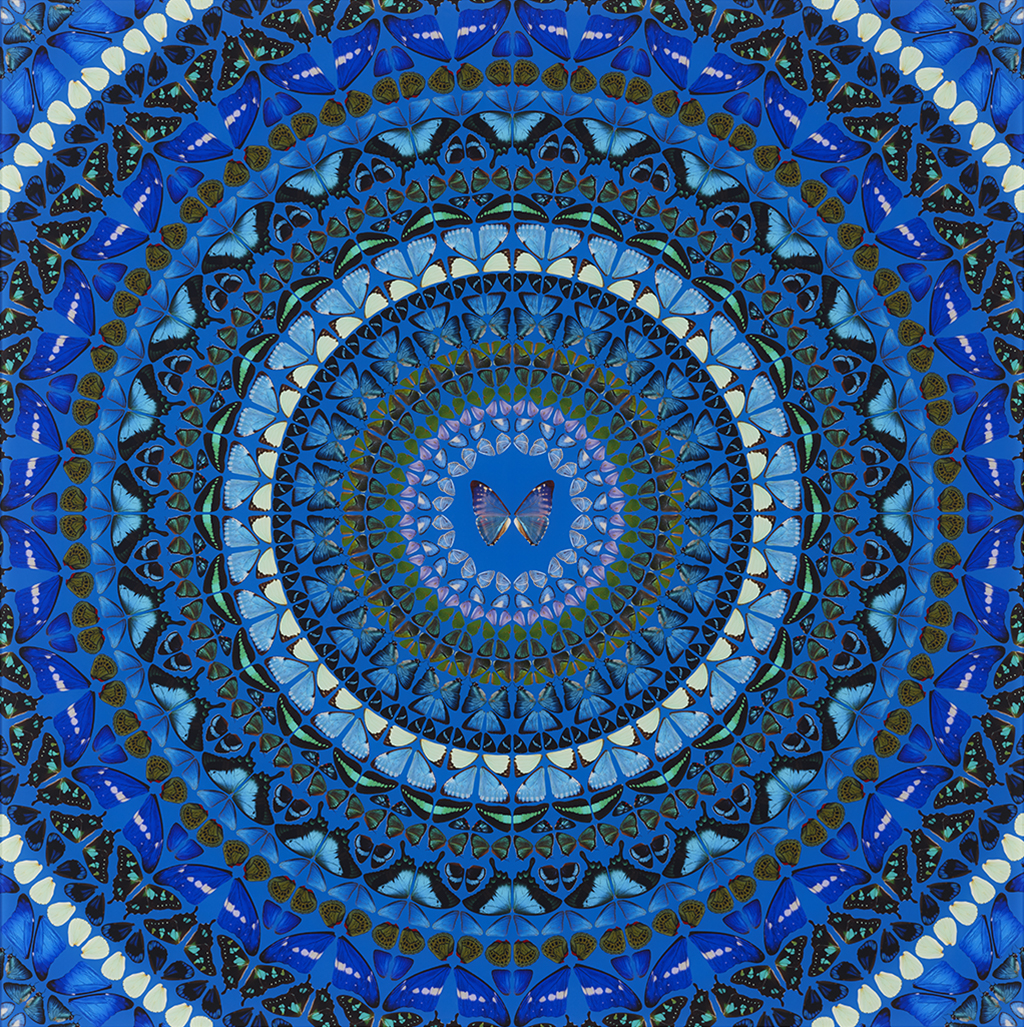 The element of water has long been associated with our tendencies towards introspection, often symbolising dreams, memories and the desire for change. Water has appeared in similar symbolic guises throughout Hirst’s oeuvre, firstly in the 1990s via sharks and fish suspended in formaldehyde and more recently as a site of alchemical transformation in his project Treasures from the Wreck of the Unbelievable. In this piece, the artist evokes a ripple of water which is cast dramatically amongst vivid hues of blue butterfly wings.