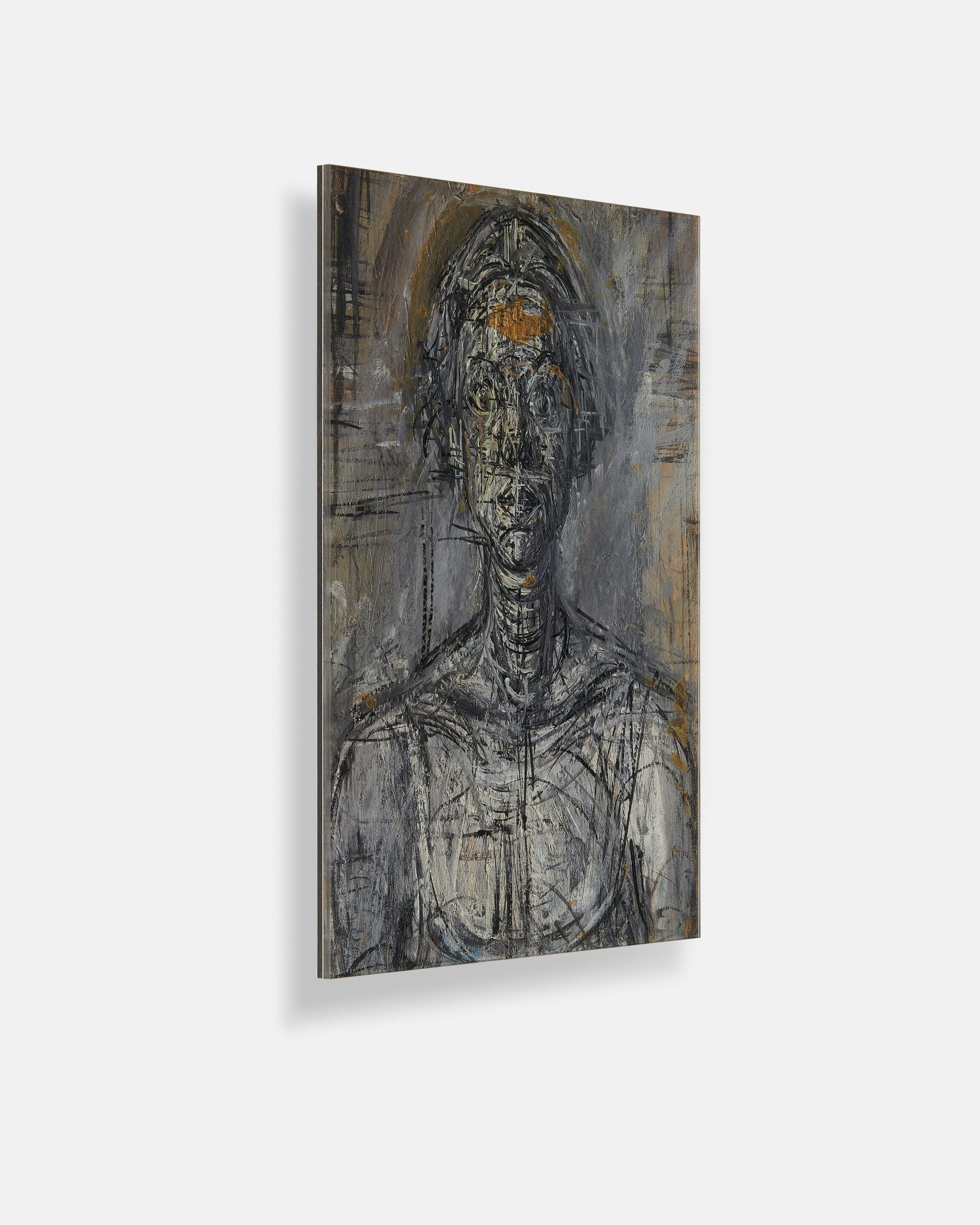 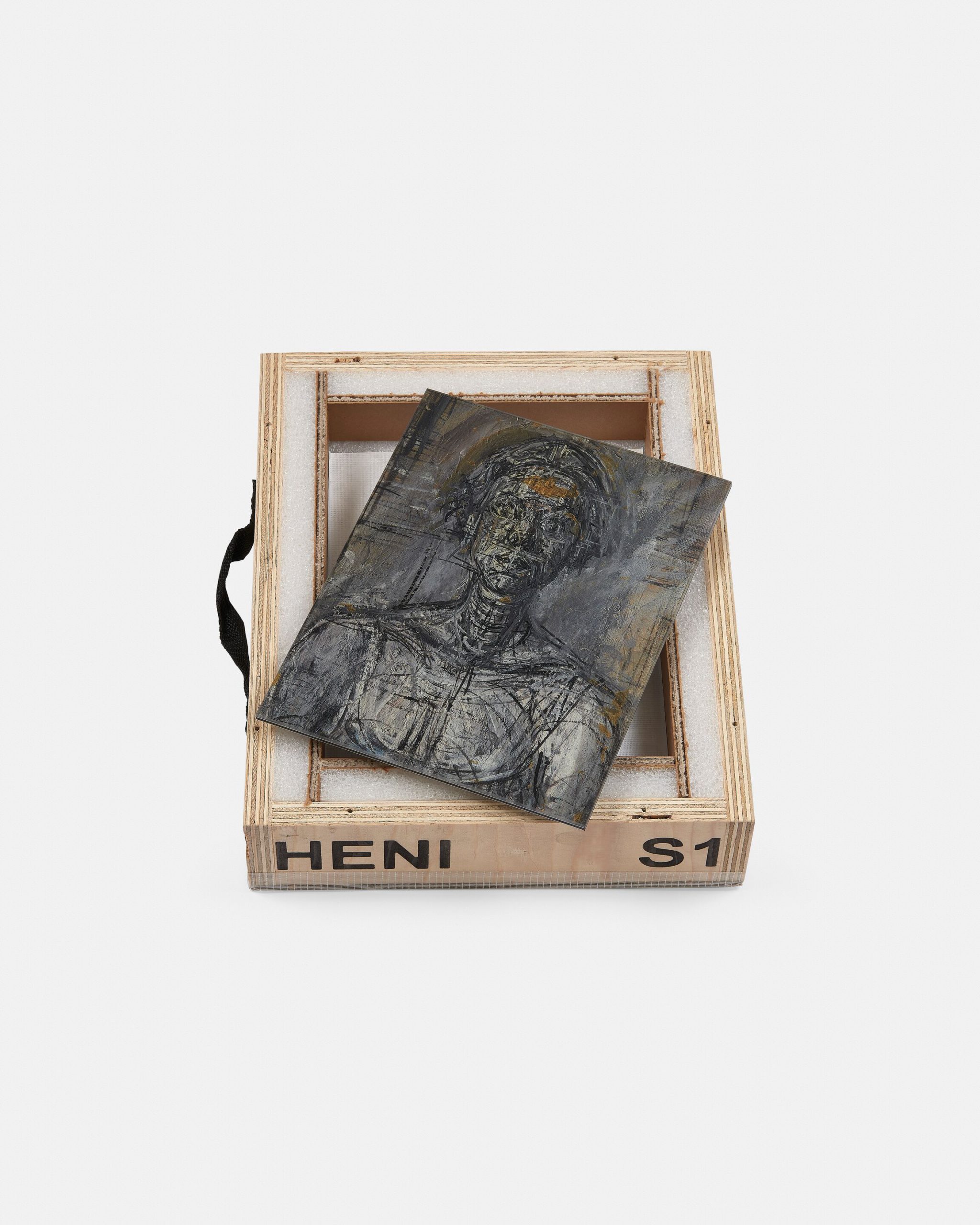 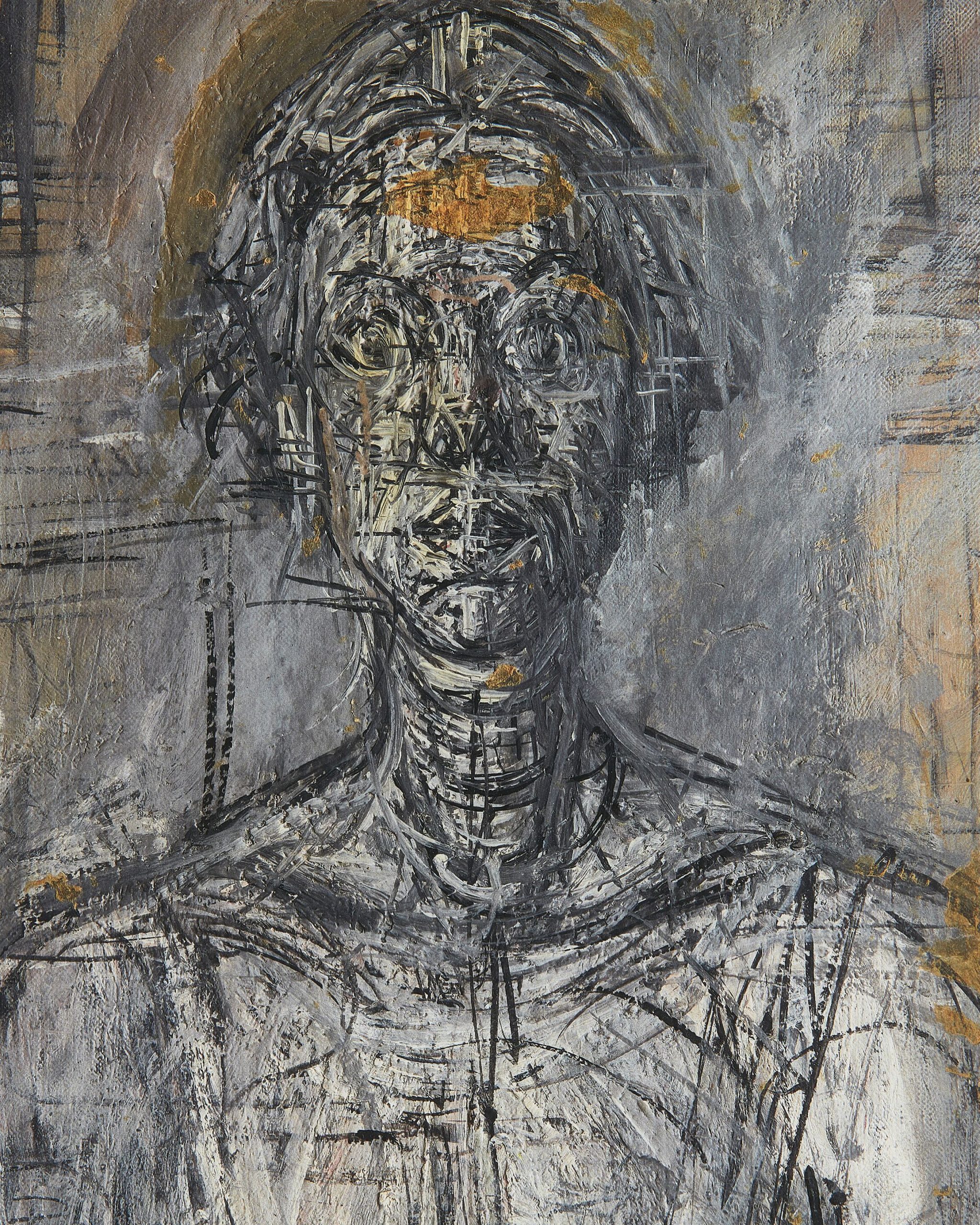 Alberto Giacometti produced several portraits of his first wife Annette Arm, whom he married in 1949.
The artist dissected her features in a vast number of studies and sketches, and she frequently modelled
for sculptures, paintings and drawings. One of these paintings is ‘Bust of Annette’ (1954), which has
been published as a series of prints by HENI Editions in 2016.

This striking portrait, now in a private collection, translates Annette’s features into a dreamlike
figuration, composed of thick lines fluctuating over the surface. The colour palette is dark, with isolated
black and white strokes that outline her facial features. Her eyes are wide open and her gaze seems to
fixate outside the canvas, confronting viewers.

Representing subjects in frontal positions is a recurring element in Giacometti’s portraiture. In his early
years he visited the Egyptian collections in Museo Archeologico in Florence, whose upright figures and
funerary portraits stayed with him for the rest of his career. His ‘Bust of Annette’ manifests his
continued predilection for hieratic, iconic compositions.

As in many of his paintings, Giacometti left the background blank, simply animated by superimposing
tones of grey. The brushwork is expressive and gestural, bringing attention to the many layers of paint
covering one another. Despite its seemingly hurried appearance, the portrait required many modelling
sessions due to Giacometti’s perfectionist nature. He embraced the non‐finito quality of the piece,
which is resonant of the fluid nature of his more well‐known walking sculptures.

While Annette’s features are lost behind the intricate lines, her gaze remains fixated on the viewer,
severe and impenetrable, as the rest of Giacometti’s oeuvre.