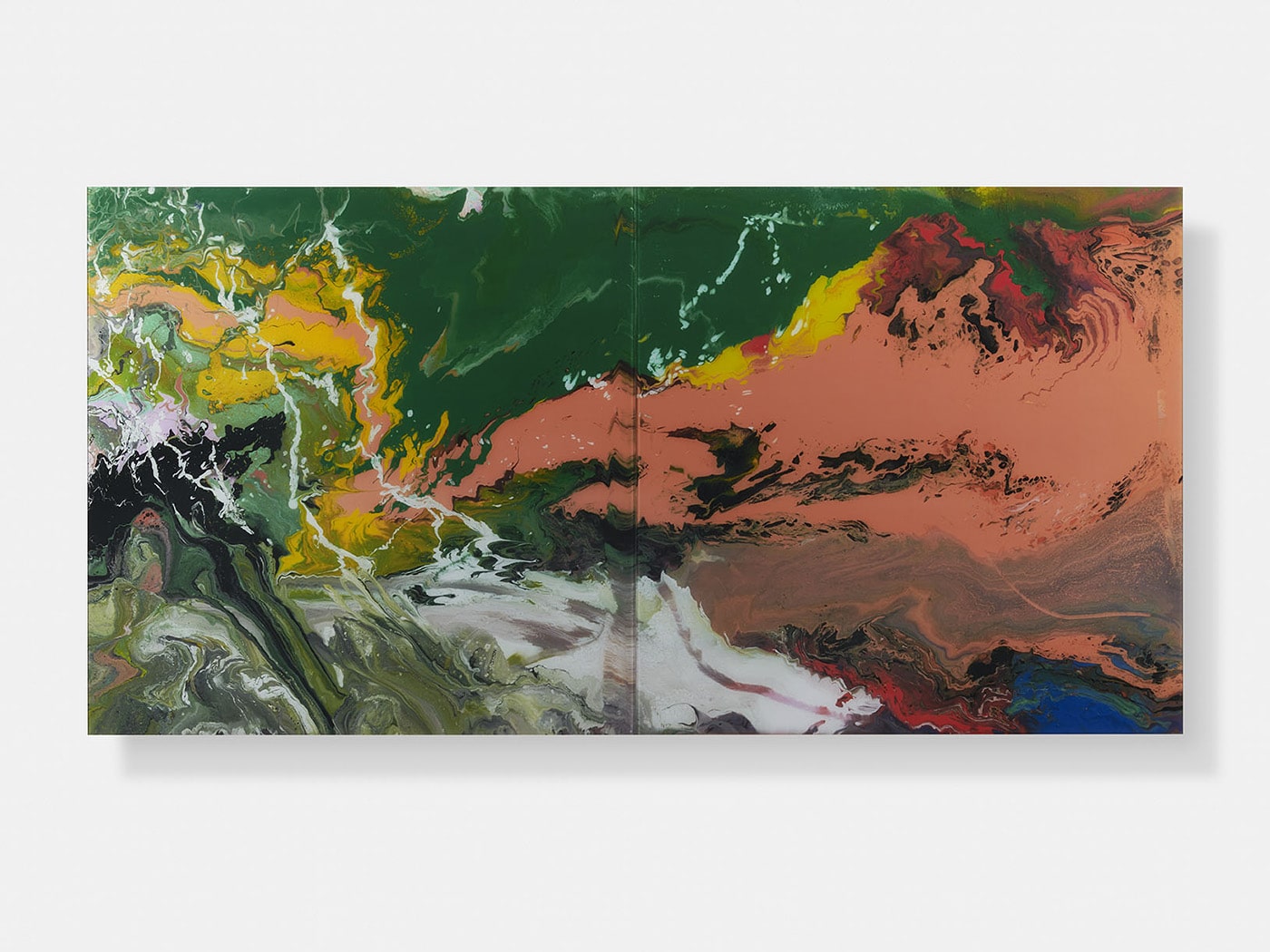 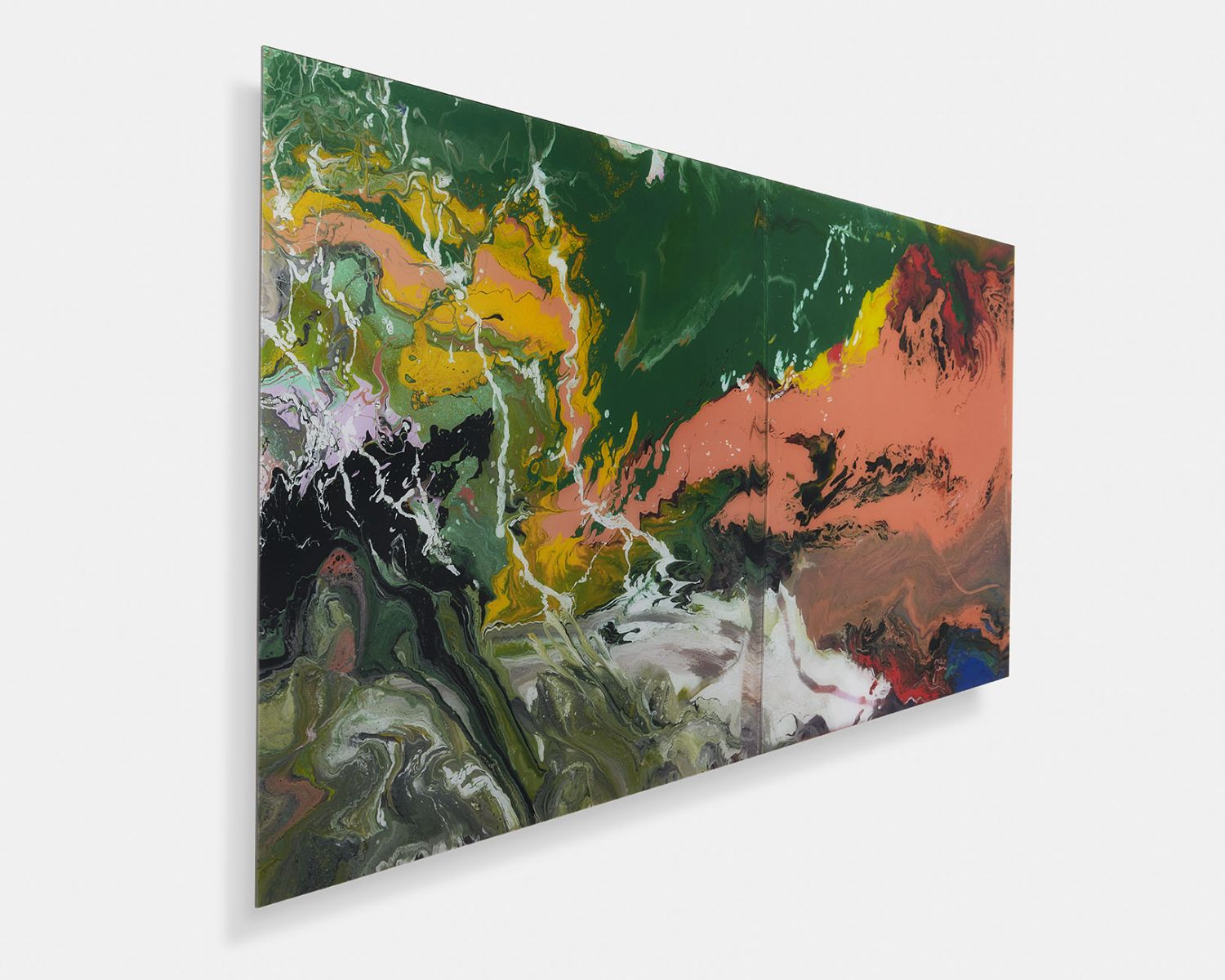 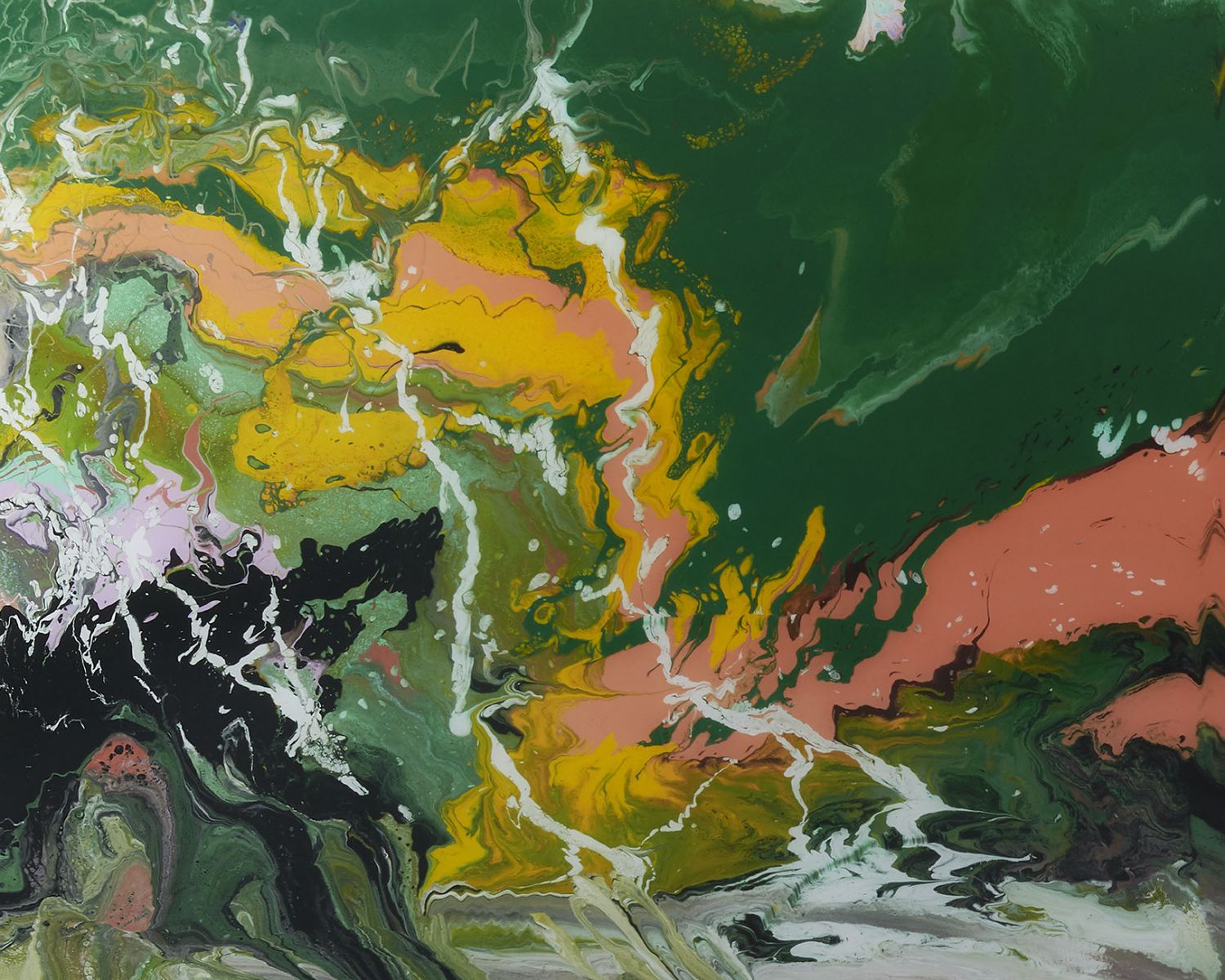 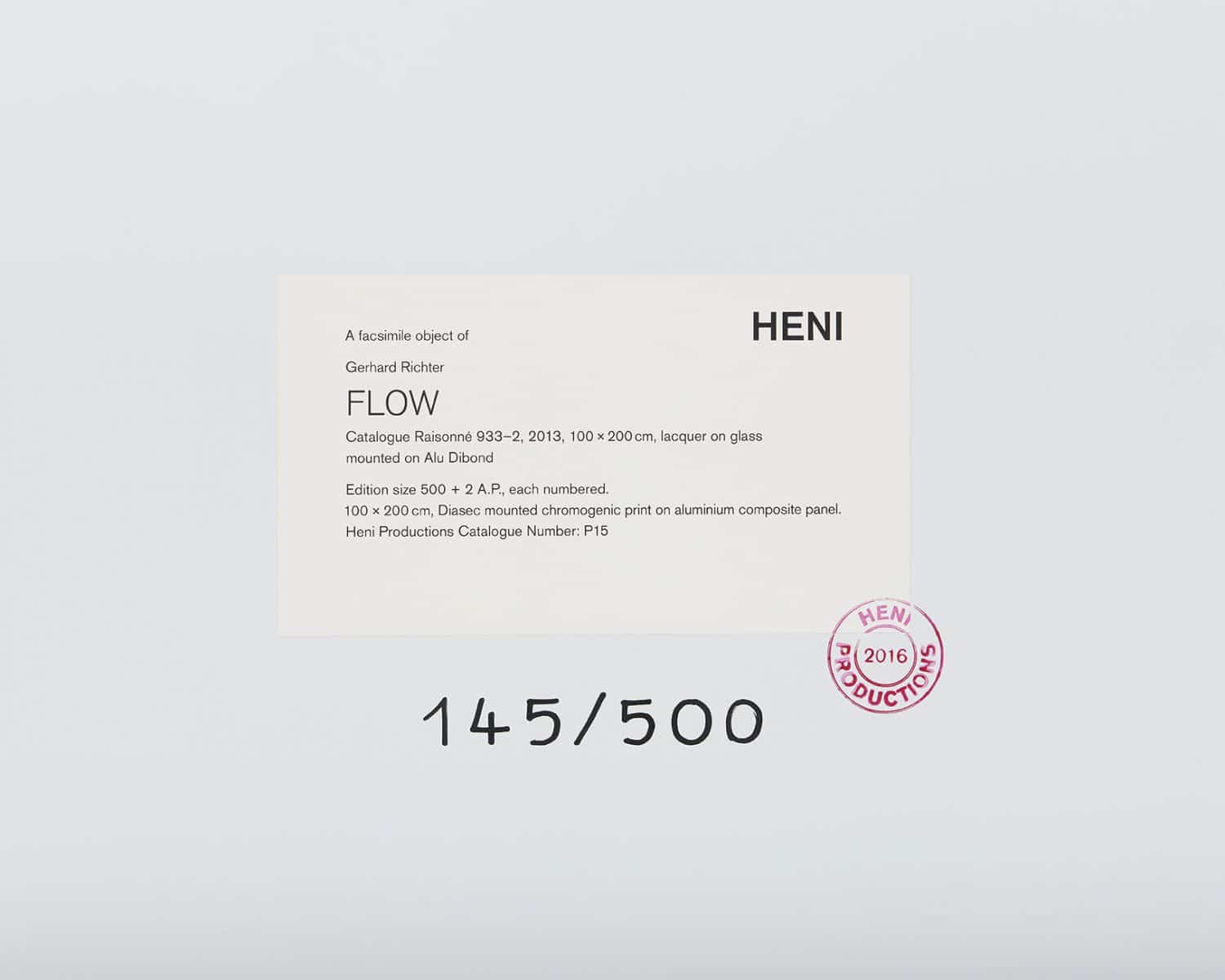 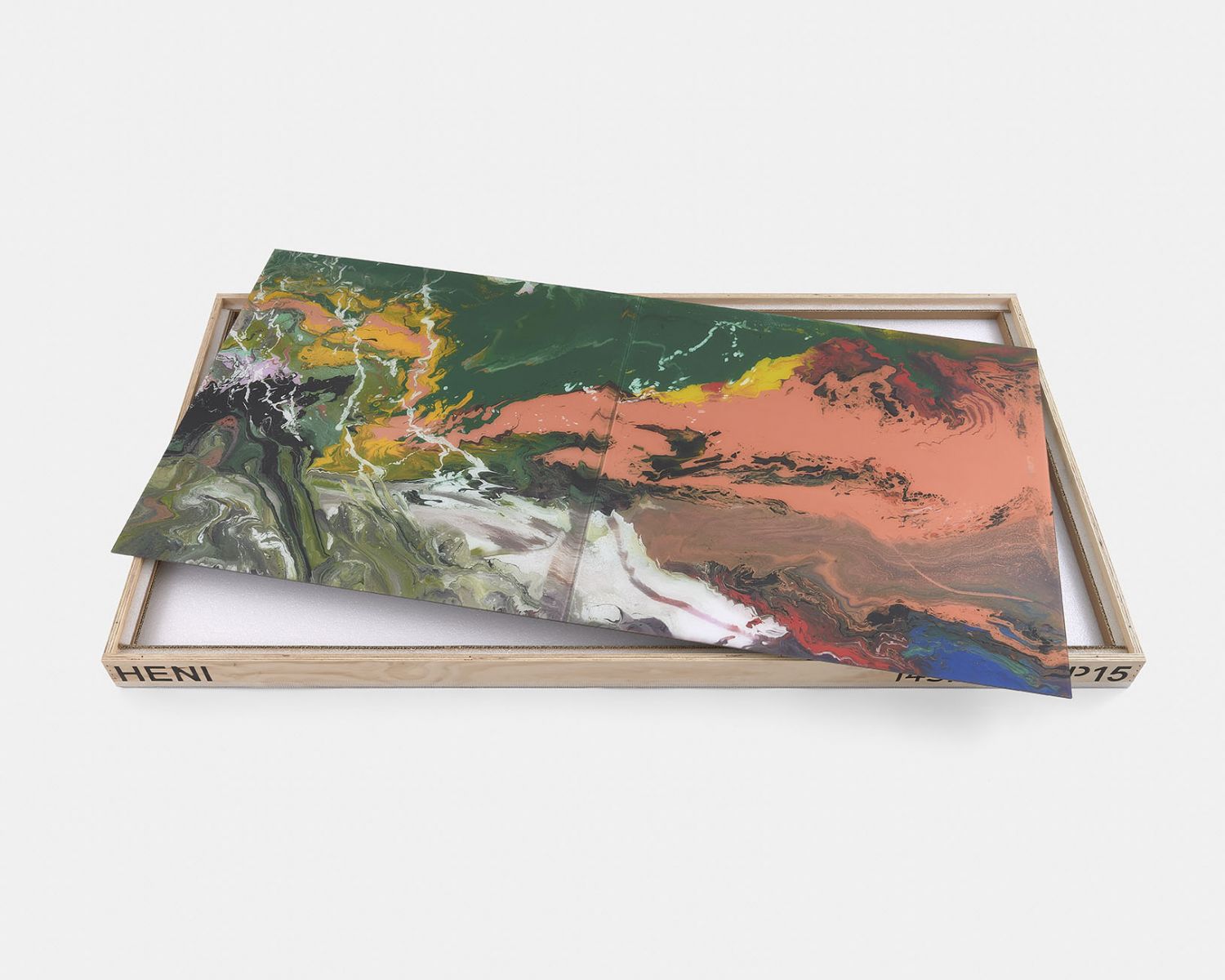 Gerhard Richter’s ‘Flow (P15)’ (2016), a facsimile print after a painting from the eponymous 2013 series,
displays large fields of deep green, pink and yellow, streaked with white and black strokes. A strikingly
dynamic composition, this work nonetheless conveys subtle representational suggestions, its wild colour
interactions recalling powerful waves or raging storms. The kinetic figuration was composed through
Richter’s application of enamel paints onto a surface, which were subsequently allowed to freely move
and mix.

Once the artist reached the desired chromatic effects, Richter placed a flat screen of clear glass over the
painting, interrupting the paints’ movements and fixating them into definite forms. By flattening the
enamels’ textures behind glass, Richter turned spontaneous images into precise yet inaccessible
figurations. The painting’s vibrant, fluid ripples seem to lose their inherent materiality and become
distant, conceptual forms.

This tension between materiality is conveyed in ‘Flow (P15)’, a Diasec‐mounted chromogenic print on
aluminium. Eloquently capturing the sensibility of the original and maintaining the integrity of its
discourses, the facsimile is also an artwork in its own right. Reversing the logic of his famous photo
paintings, ‘Flow (P15)’ cleverly uses the printed medium to further Richter’s investigations into new
methods of abstraction. 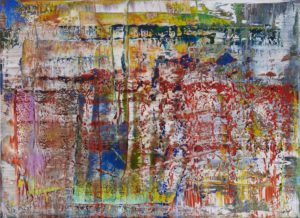 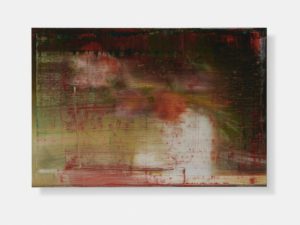 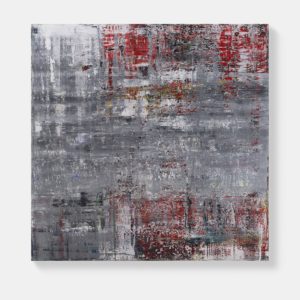 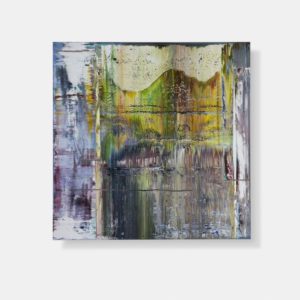 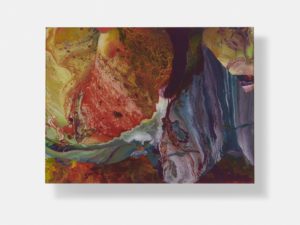 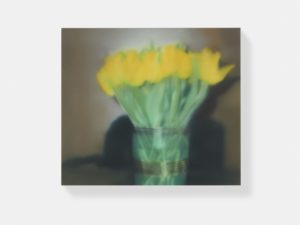