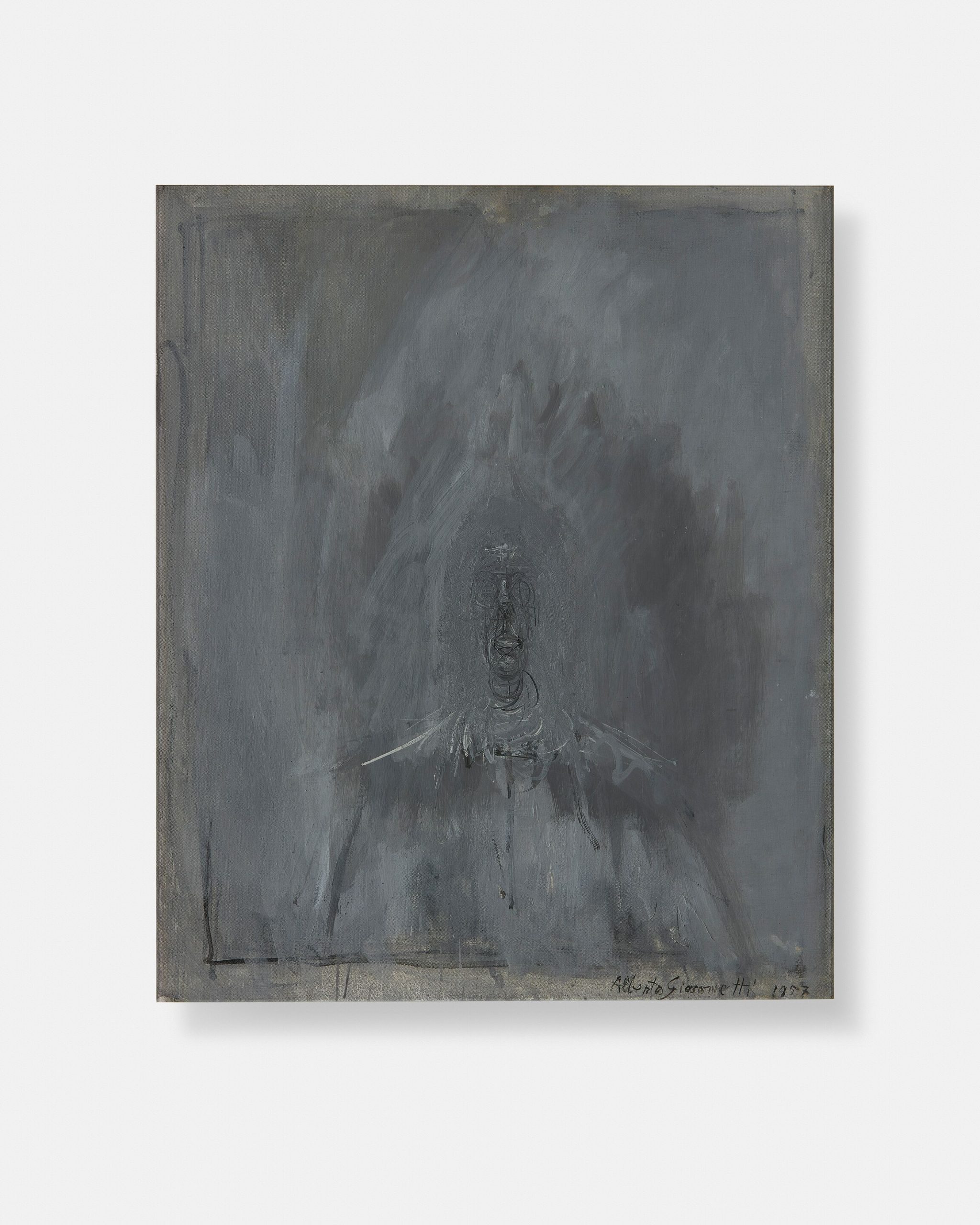 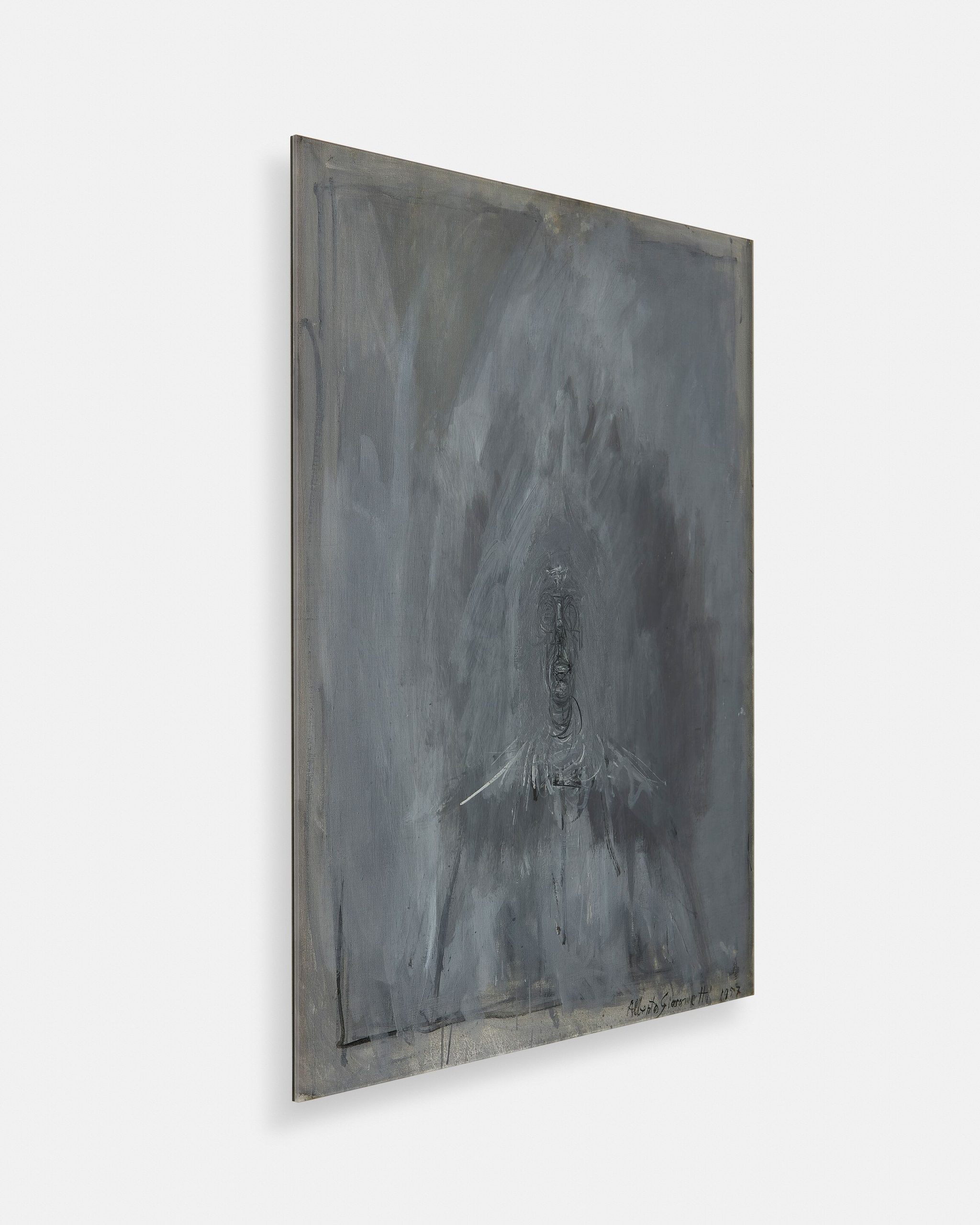 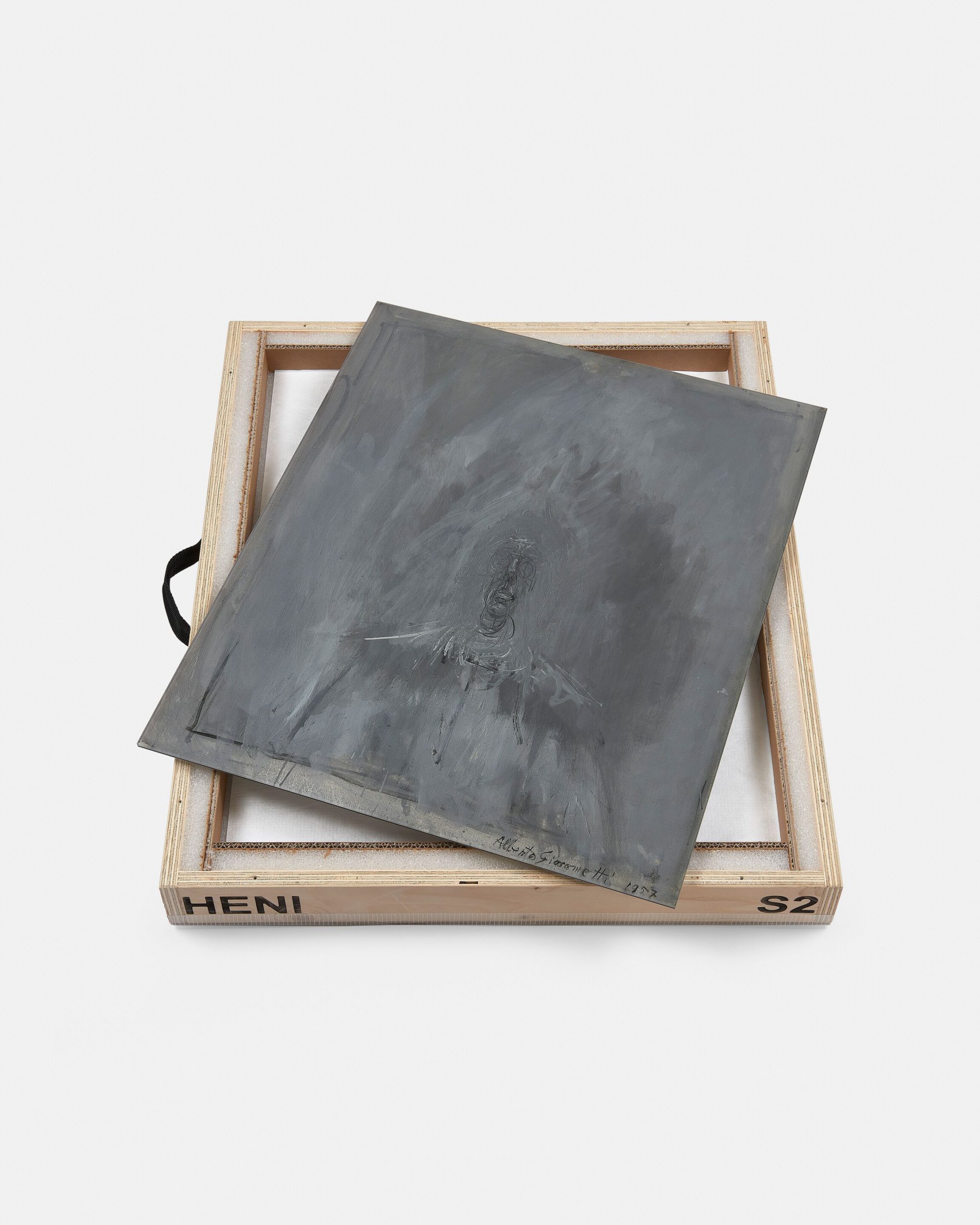 Grey is ‘that I feel, that I see, that I want to reproduce’, the colour that ‘means life itself to me’ stated
Giacometti. These concepts materialise in his haunting painting ‘Grey Figure’ (‘Figure Grise’) that he
produced in 1957. Currently part of a private collection, it was made into a printed edition in 2016.
While Giacometti usually portrayed people he knew well, especially family members and lovers, ‘Grey
Figure’ represents an anonymous figure, floating in a grey void. The bust seems to be moving away from
the viewer, as if drawn into the canvas.

This monochromatic painting is constituted by varying tones, textures and hues of grey. The figure is
depicted through reworked lines of paint, so dense that, if seen from afar, they revert to their formal
configuration and the anthropomorphic shape is lost.

The reason why Giacometti might have chosen the colour grey for so many of his works remains a
mystery. Perhaps its melancholic but suggestive qualities embodied the intellectual language of
existentialism, the disillusioned philosophical outlook that the artist adopted during the 1950s.
Some critics have claimed that Giacometti’s constant return to grey colours constituted a reference to
the photographs of World War II battlefields. Others associated the colour to dust, plaster and stone
shavings, and suggested it represented an intellectual extension of Giacometti’s studio.

Despite the enigmatic nature of this painting, its evocative potential remains persistent. While grey is
often conceptualised as the negation of colour, it actually covers the spectrum from white to black. In
Giacometti’s canvas it assumes varying shades, bending binaries of light and dark, of cold and warm,
bringing the figure to life. 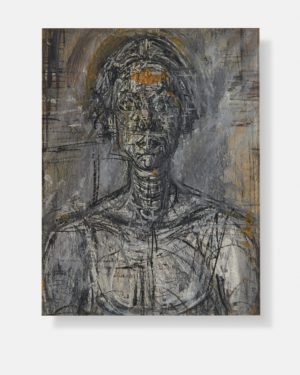