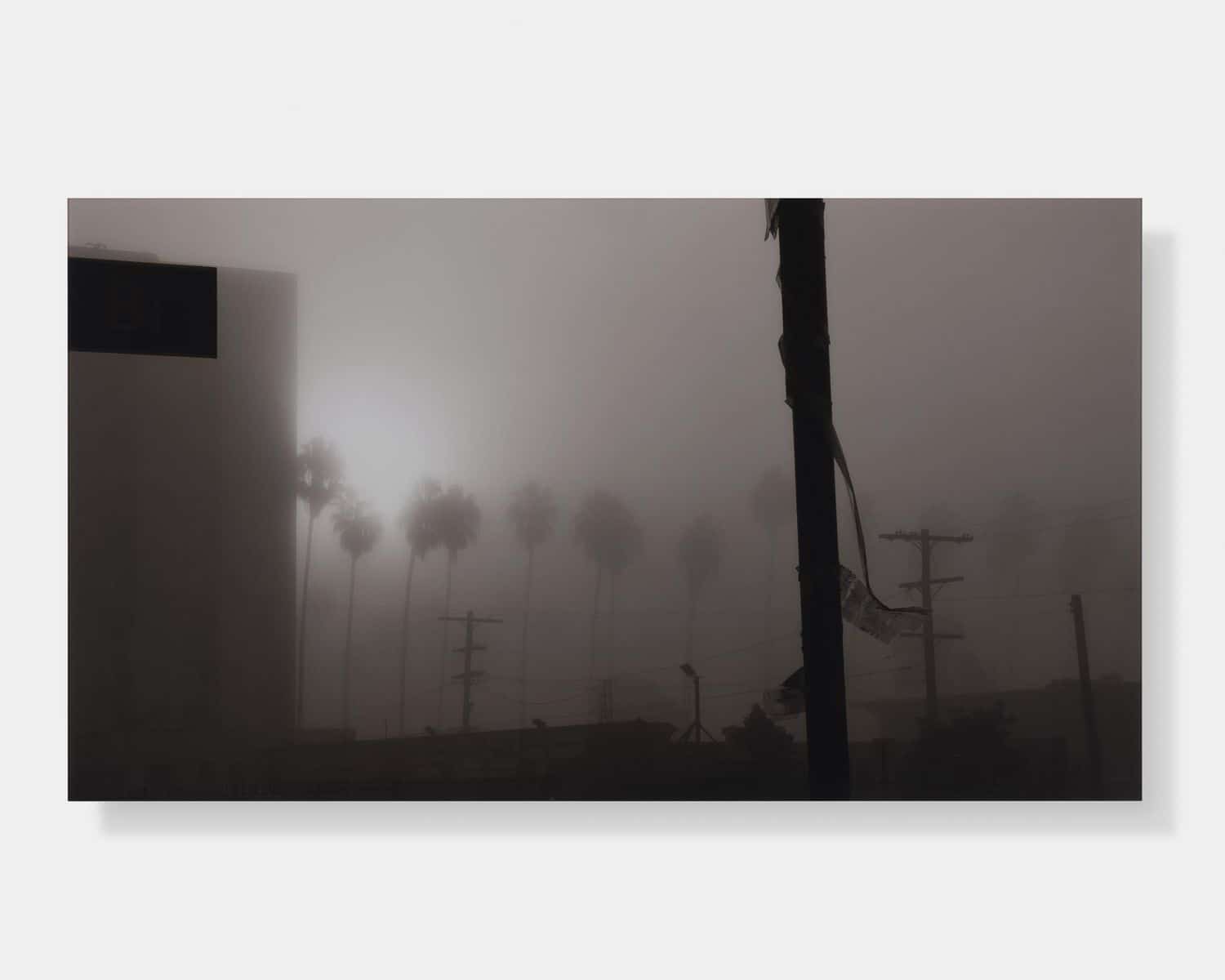 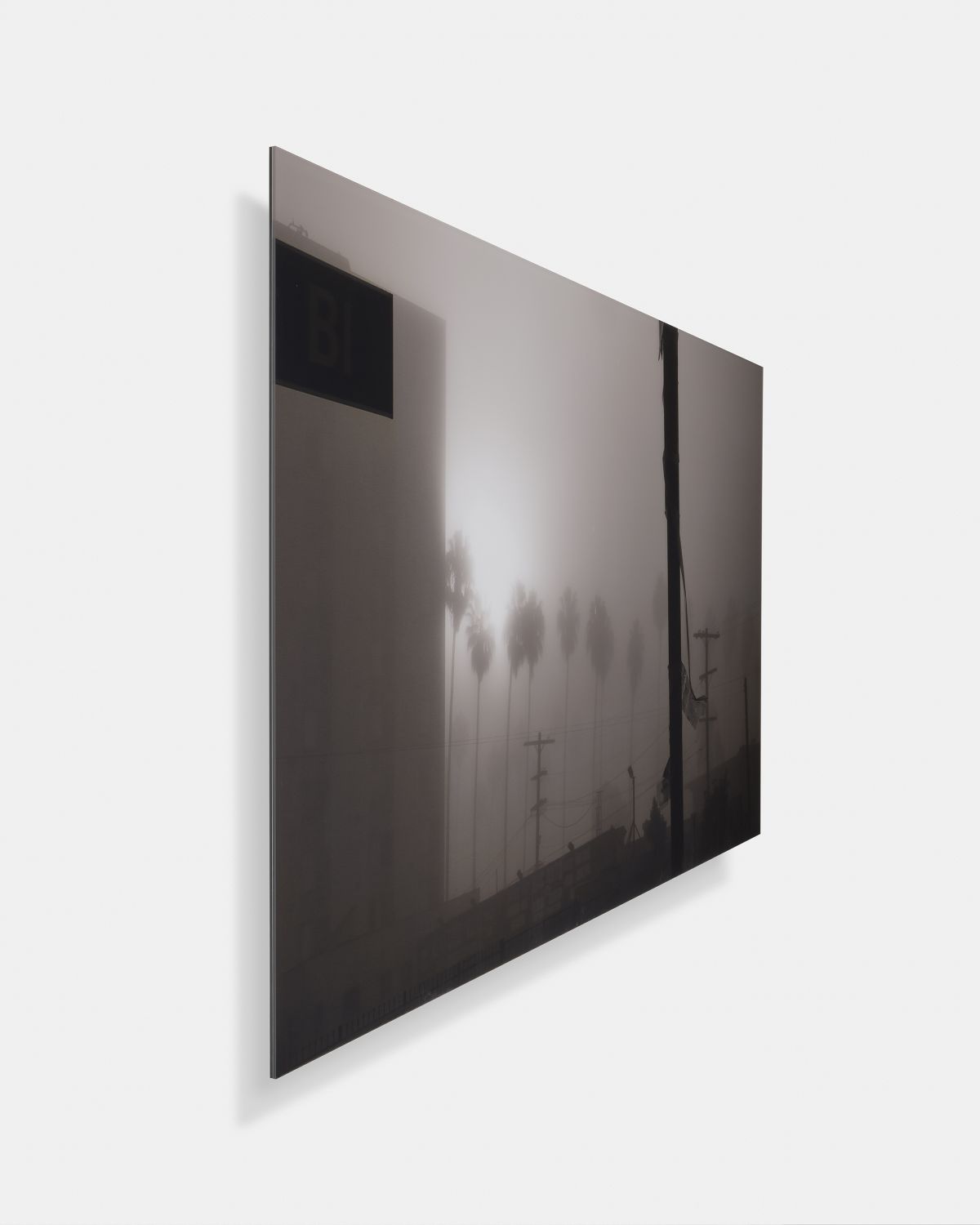 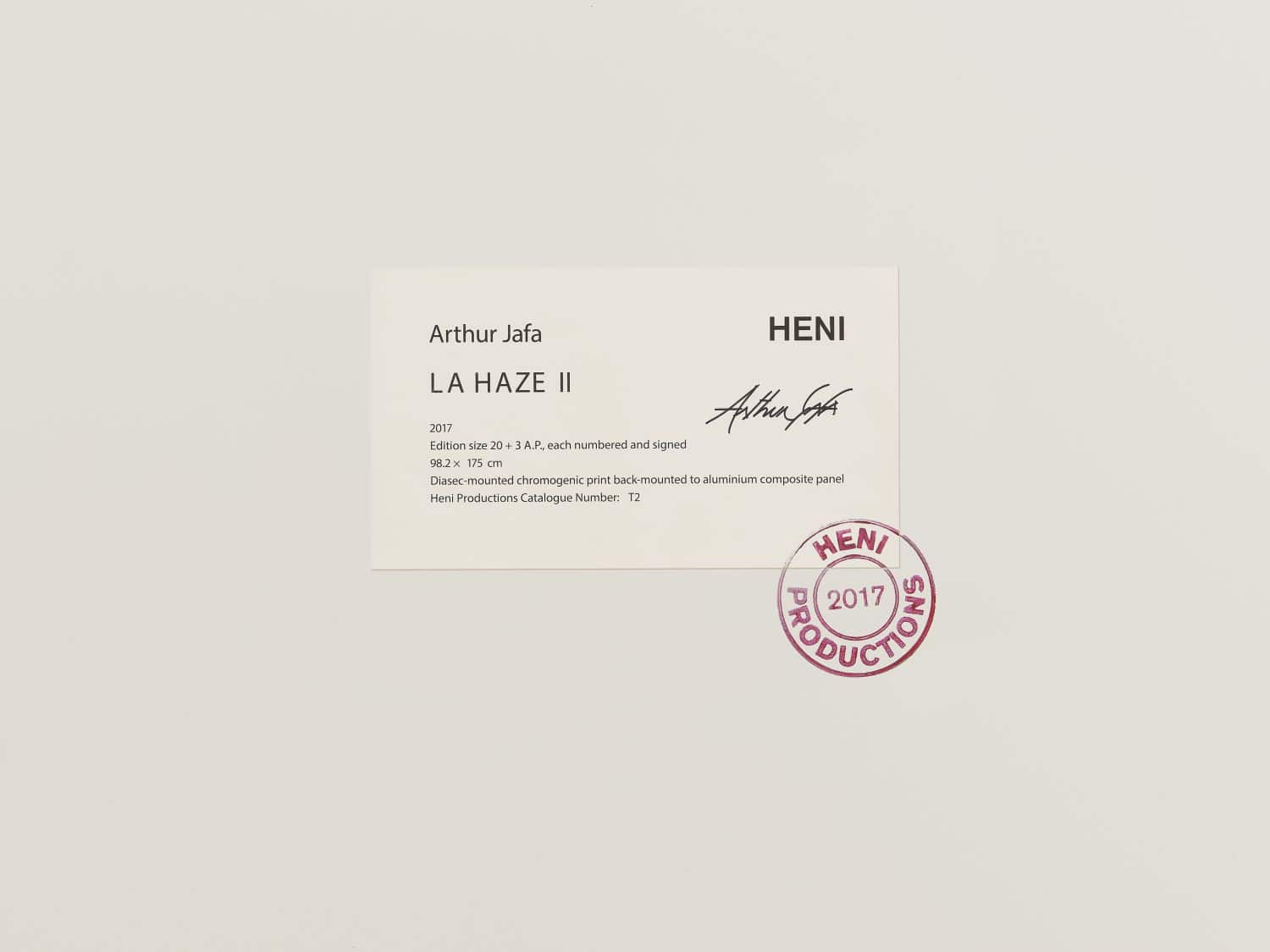 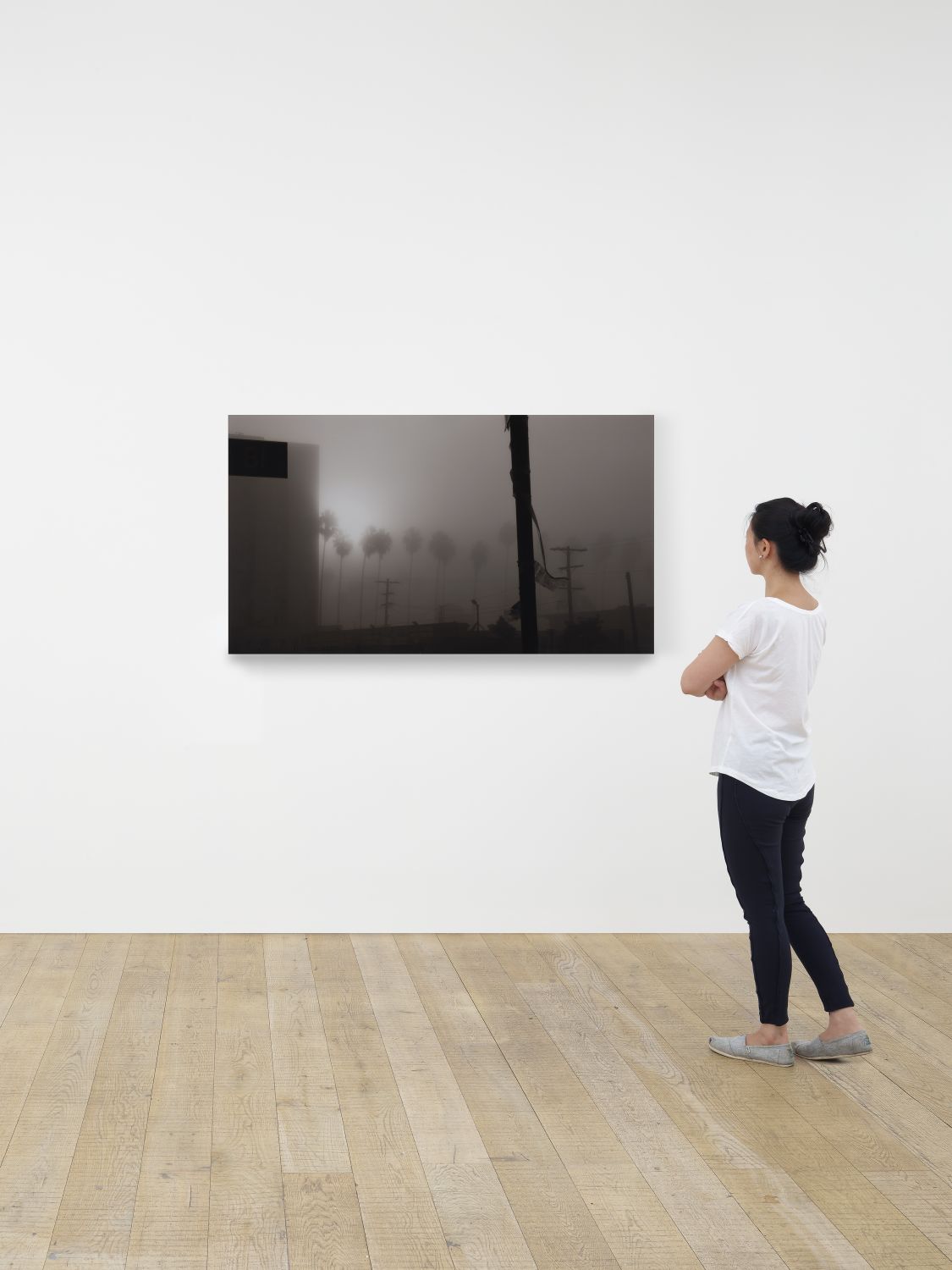 Arthur Jafa’s ‘LA Haze II’ (2017) is a deeply moving photograph which builds on the artist’s lifelong
dedication to imaginatively and powerfully unpacking the experience of blackness in America.
Photographed on an early hazy morning in South Los Angeles, the present work, which is entirely
devoid of human presence, is deeply metaphorical.

An almost perfectly aligned row of palm trees, an icon for the glamour of Hollywood and its
associations of the American dream, tower over the urban landscape. The hopefulness of the palm
trees contrasts with the electrical poles and wires as well as the uninspiring buildings which
communicate an alternate reality. The tension between these two realities is complimented by the
light source, the iconic brightness of the landscape supressed as the sun appears to fight to push
through the morning haze.

Jafa’s photograph is metaphorically dense, particularly considering the location. South Los Angeles is
not only the site of Jafa’s studio but is also home to a large black community and historically the
stage of civil uprisings against police brutality. Resultingly, ‘LA Haze II’ is susceptible to a myriad of
interpretations regarding the black experience, representing emotions and responses like hope,
liberation or pain.