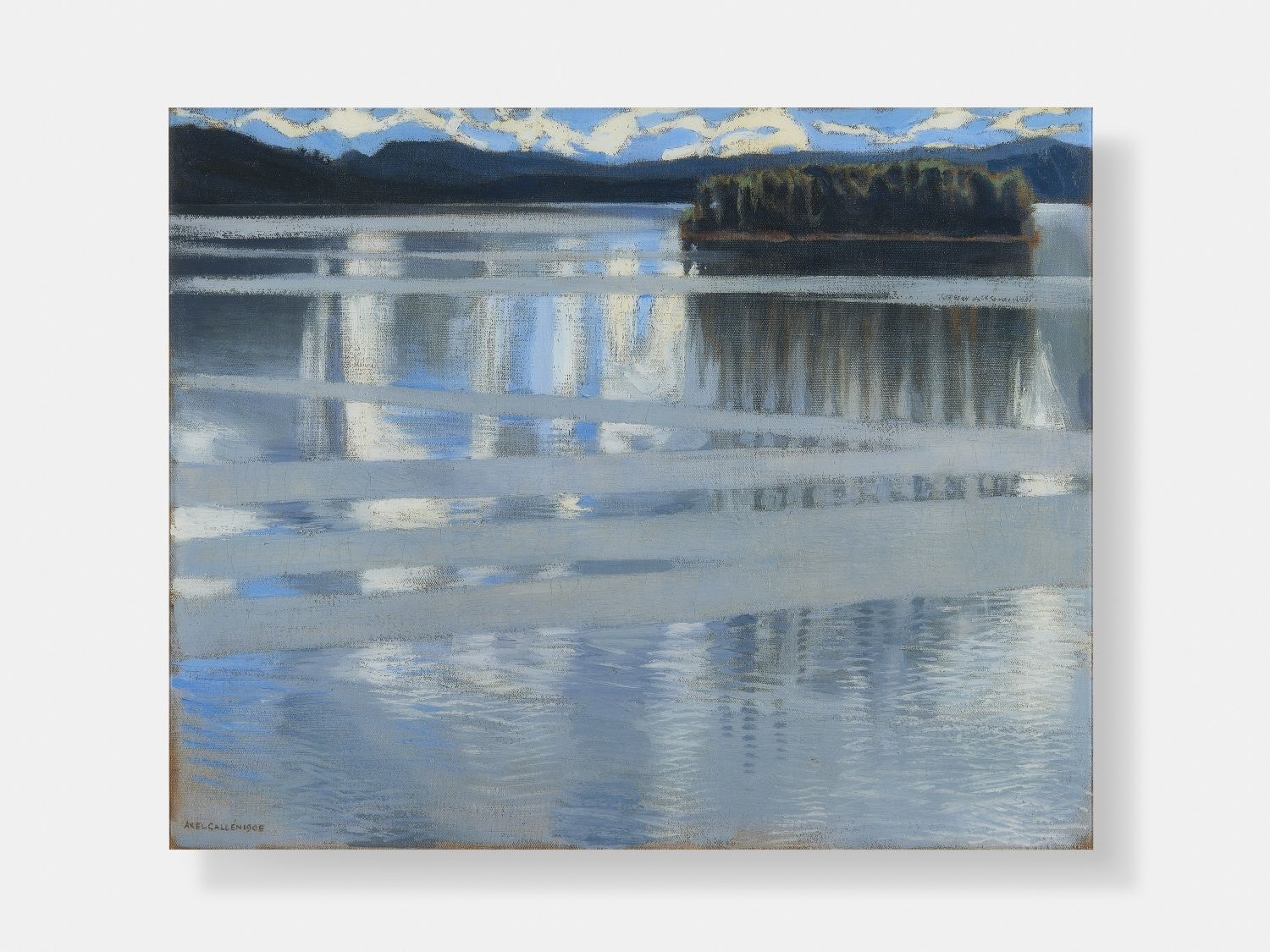 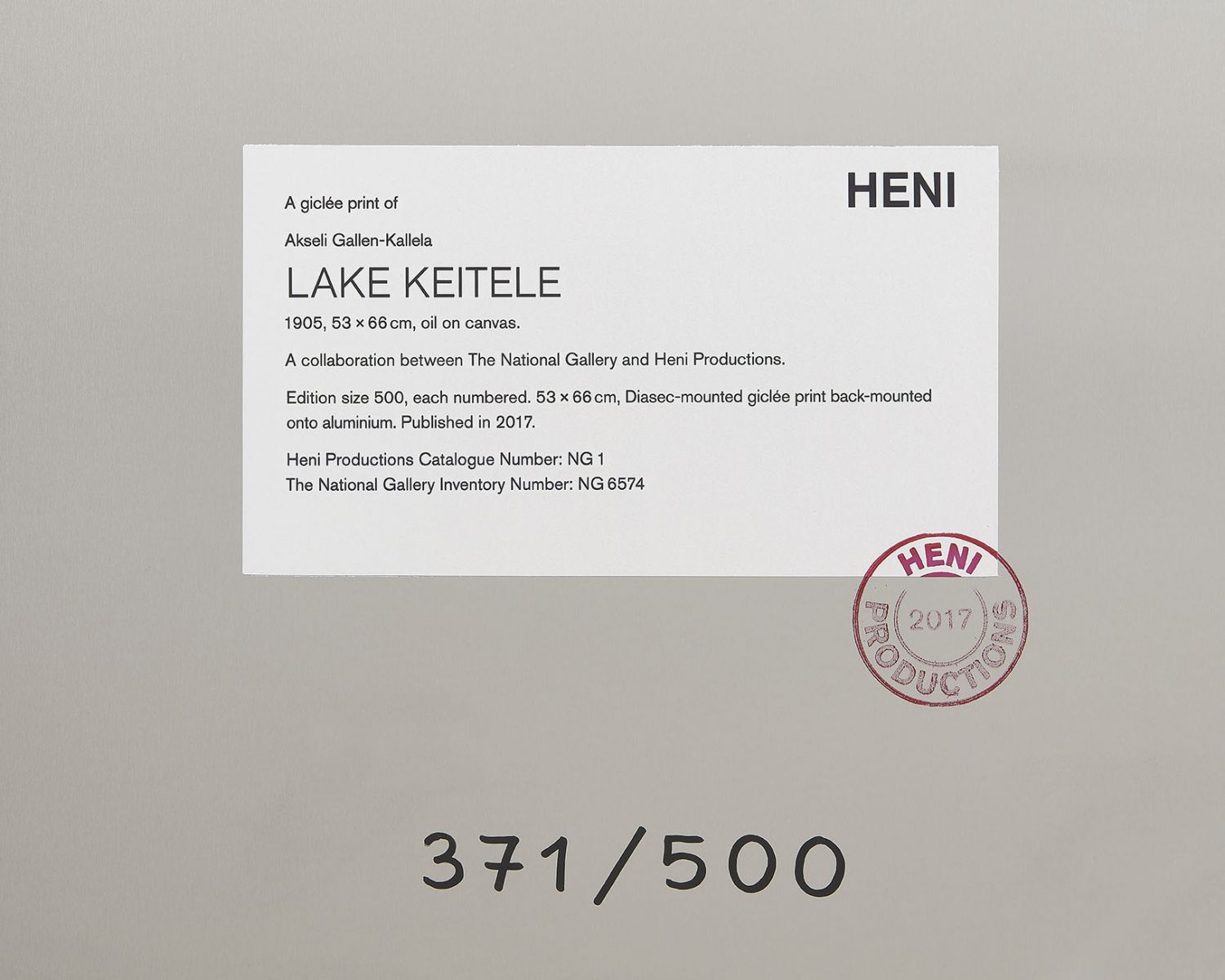 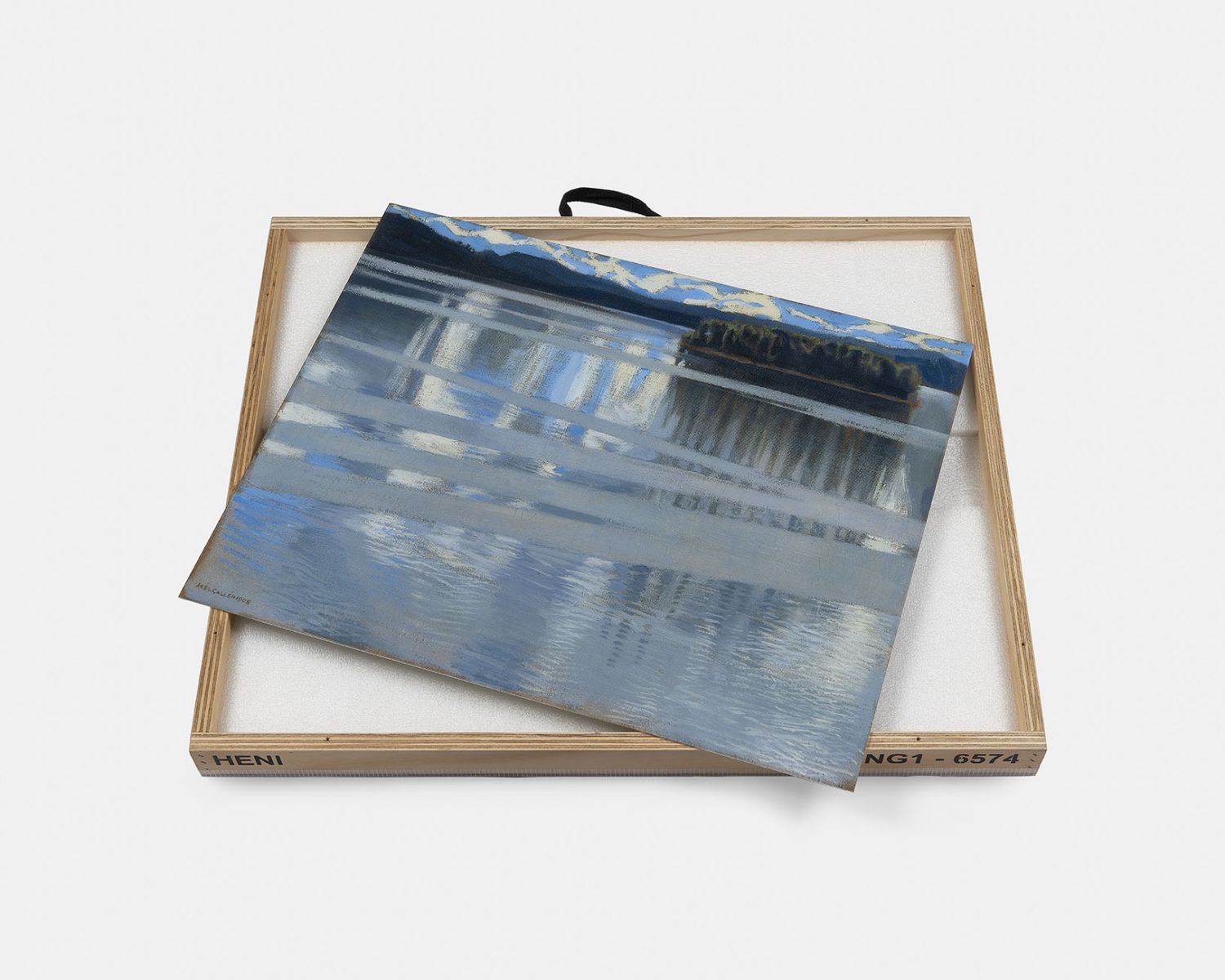 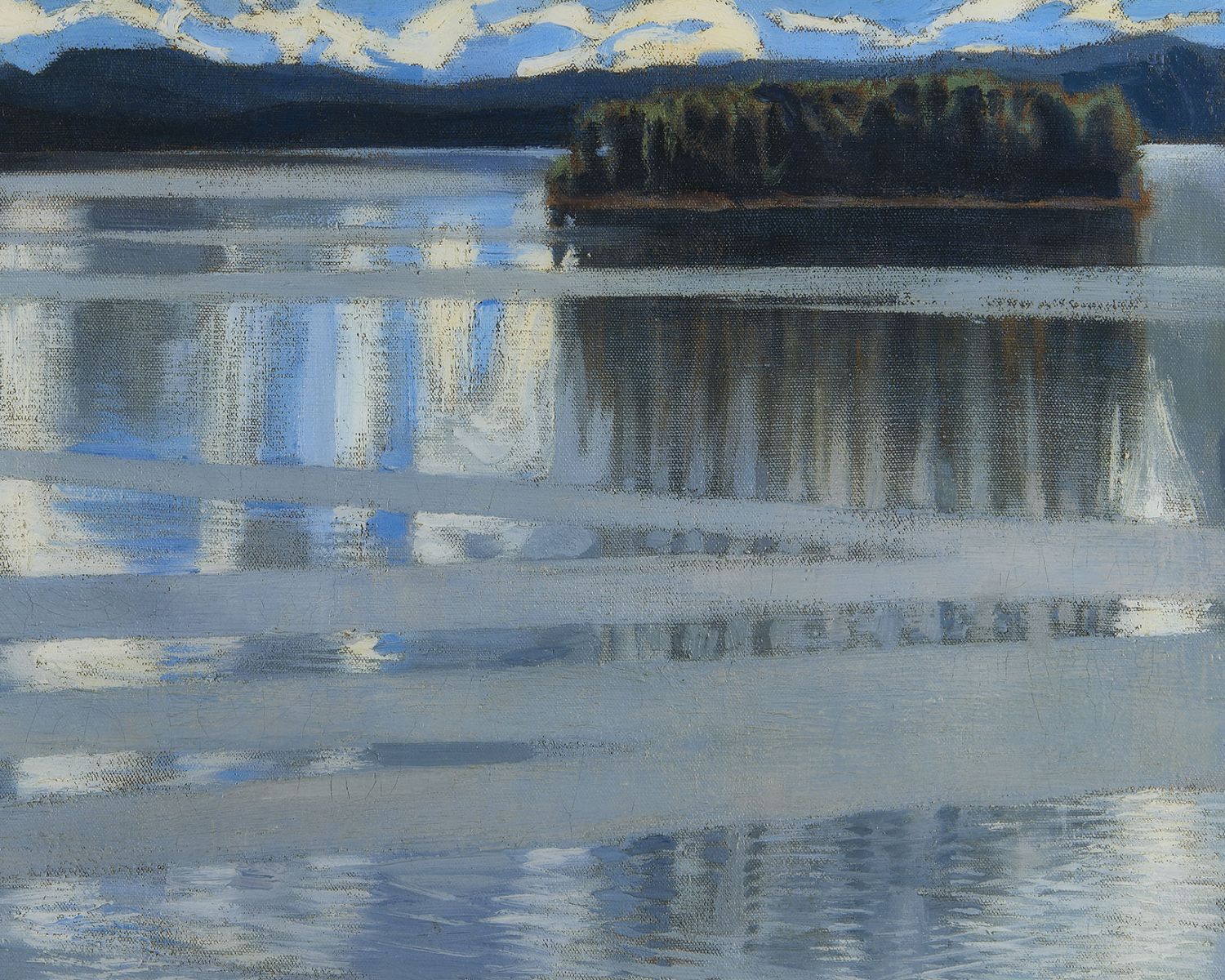 ‘Lake Keitele’ is a landscape painting completed by the Finnish artist Akseli Gallen-Kallela in 1905. Part of a series of artworks depicting the Finnish countryside, the canvas now hangs in the National Gallery in London and was made into a series of prints by HENI Editions in 2017.

The lake’s currents are depicted through flat, broad brushstrokes that form diagonal bands of blue tones. In the background, mountains and clouds are represented in the simplified style of Post-Impressionist and Fauvist painters such as Gauguin and van Gogh, who were particularly admired by Gallen-Kallela. The painting’s smooth textures and well-defined bands of colour reference stained glass design and traditional Finnish textile techniques, which the artist practiced throughout his career.

As other artworks by Gallen-Kallela, ‘Lake Keitele’ is inspired by the poem ‘Kalevala’, which collects Finnish oral myths and traditions. The painting does not include any figures but suggests their presence by the zigzag pattern on the lake’s surface, which references, the artist stated, the character Väinämöinen crossing the lake in his adventures. As if transported into the poem’s narrative, viewers see the lake as if they were above the water rather than from the shore, bringing them directly into the imagined space of the canvas.

Gallen-Kallela is known for his political commitment that echoed Finnish nationalism of the late 19th century in opposition to the oppressing forces of the Russian Empire. His aesthetic emphatically associated landscape with mythology, indicating a collective past and a shared cultural framework that would advance the cause for political autonomy. In ‘Lake Keitele’, quiet contemplation of nature is combined with awe for ancient myths and burning passion for contemporary political issues. The peaceful image of the lake, uncontaminated by human activity, is reflective of the symbolic and emotional pursuit of independence and freedom.