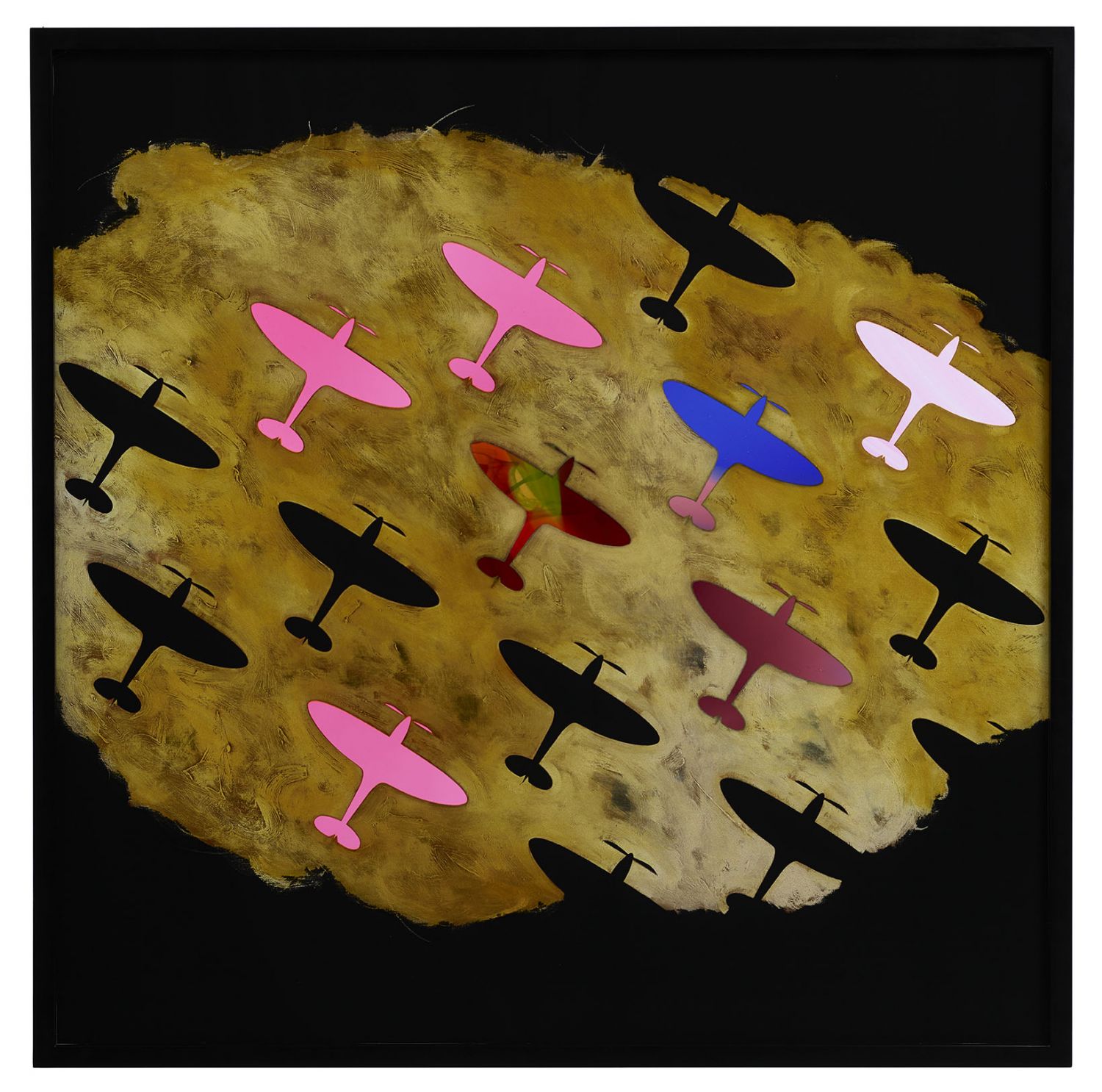 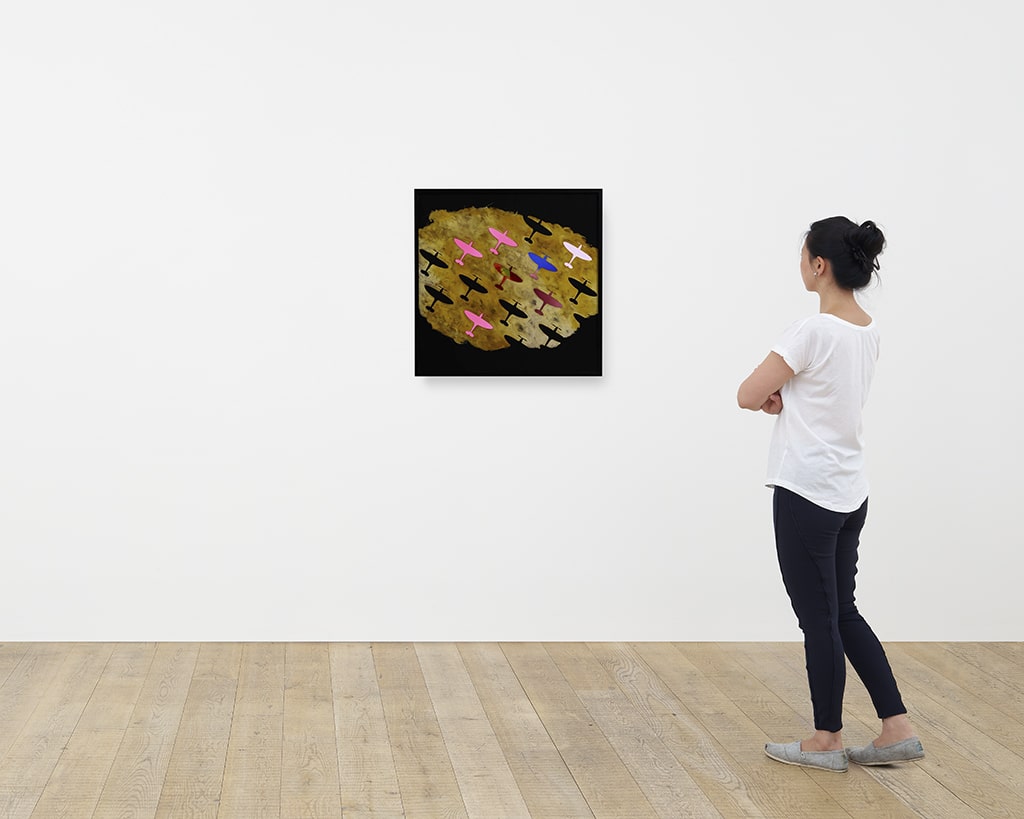 In his ‘Spitfires’ series, Brian Clarke reworks the iconic plane shapes into colourful patterns against dark backgrounds. First displayed at the 2015 exhibition ‘Spitfires and Primroses’ at Pace Gallery, London, Clarke’s ‘Spitfires’ transforms the plane from a hard, militaristic tool into a motif that resembles delicately illuminated butterflies.

The series design originated from Clarke’s interest in medieval heraldry, a system of coats and arms that has centuries‐old associations with stained glass. He reworks the heraldic repetition of geometric forms and recognisable shapes to suggest more intimate and emotional meanings of his spitfires.

Despite their close connection to their medium, ‘Spitfires’ began as a series of drawings and paintings. They were later translated into autonomous stained glass panels, which emphasise the effects of light and transparency. Each piece in this series combines various techniques and uses sheets of antique (or mouth‐blown) coloured glass. This multi‐media quality is reflected in most of Clarke’s oeuvre, particularly notable in his constant experimentations in the expressive potentials of glass.

Spitfires are arguably the most iconic and quintessentially British aircrafts, associated with World War II and collective memories of a heroic but violent history. These haunting memories are brought to life through the stained glass medium. The spitfires interact with light, mitigating their sinister meaning and rendering their substance shadow‐like.

If the plane shape confers authority and purpose to these panels, repetition undoes meanings and interpretations, turning forms into ornaments freed from restrictions of narrative. Clarke frequently uses shades of colour to accentuate certain shapes, breaking the patterns of repetition and making his work more abstract. The transparent hues complement the matte background, playing with perception and imagination. Motion and stillness, up and down, shadow and shape merge into a powerful yet deceptive vision, which brings to life the ominous regiment of mechanical forms.