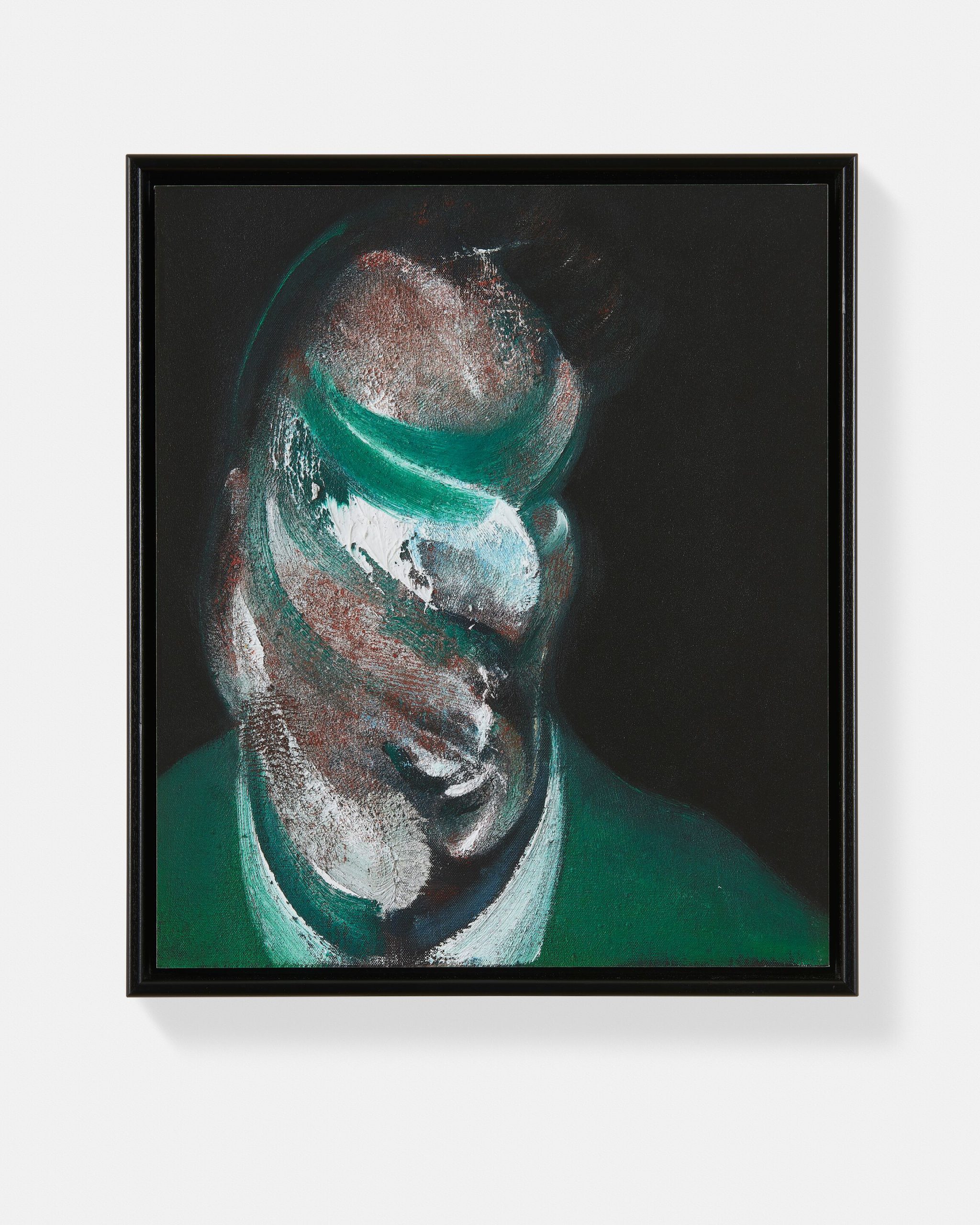 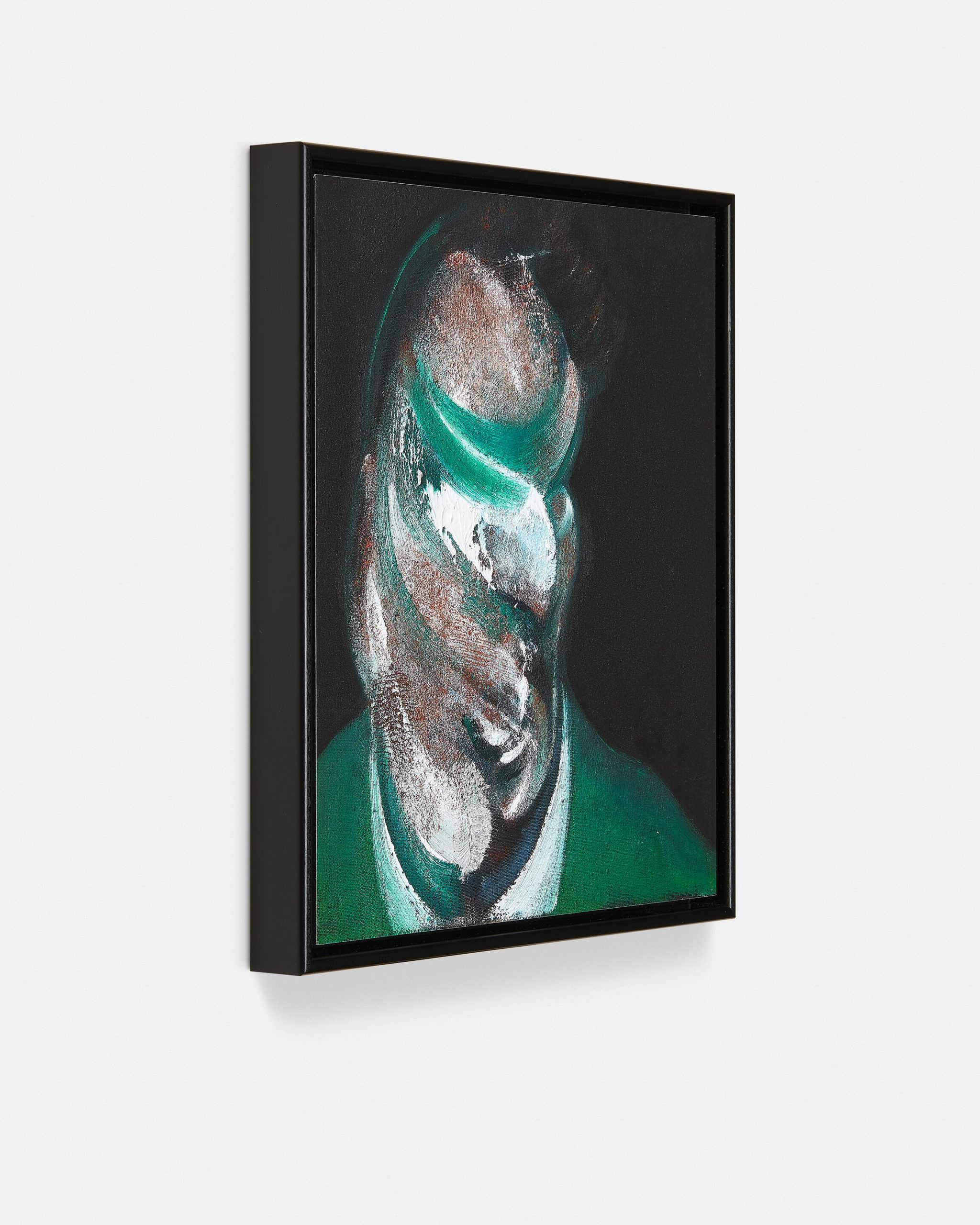 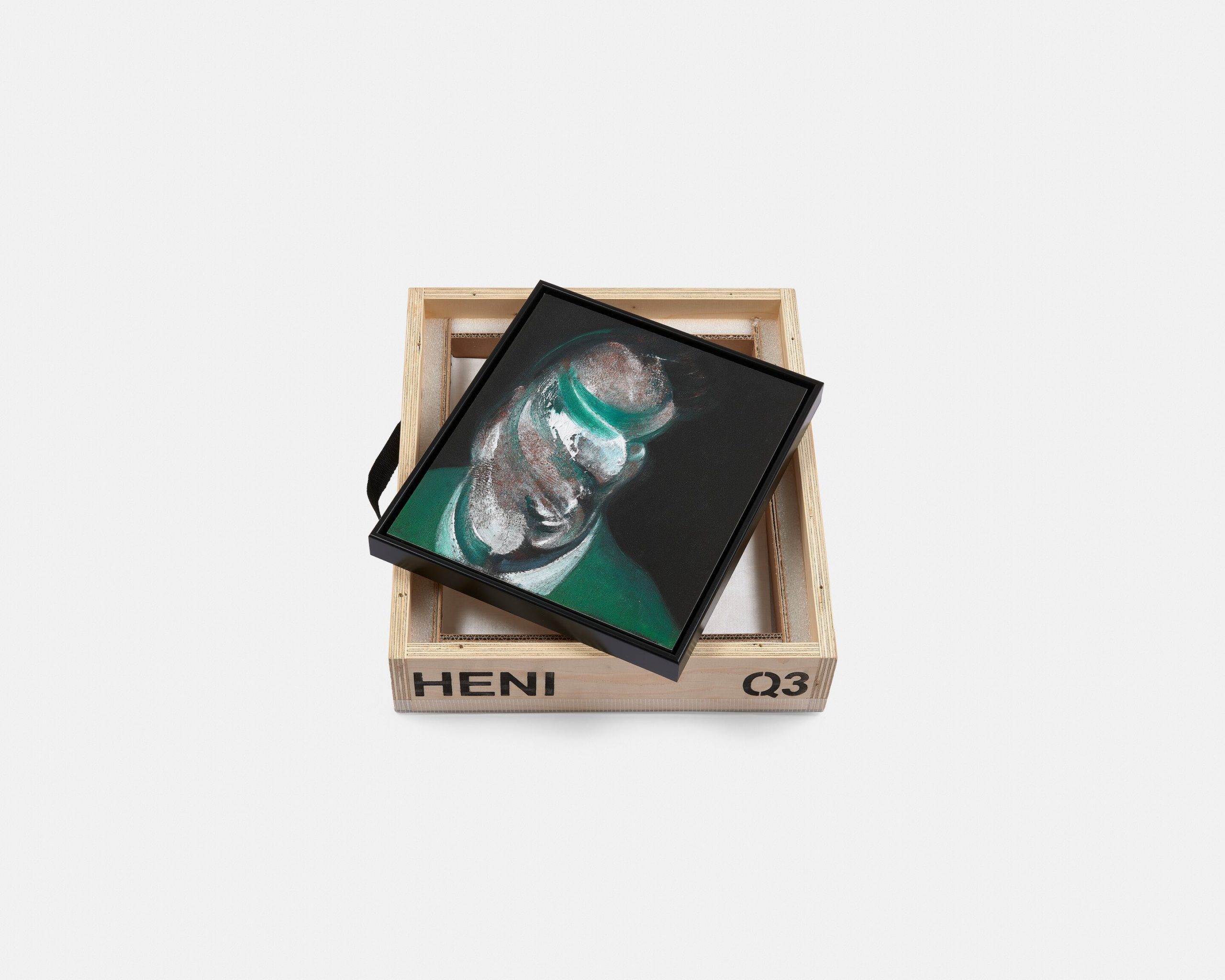 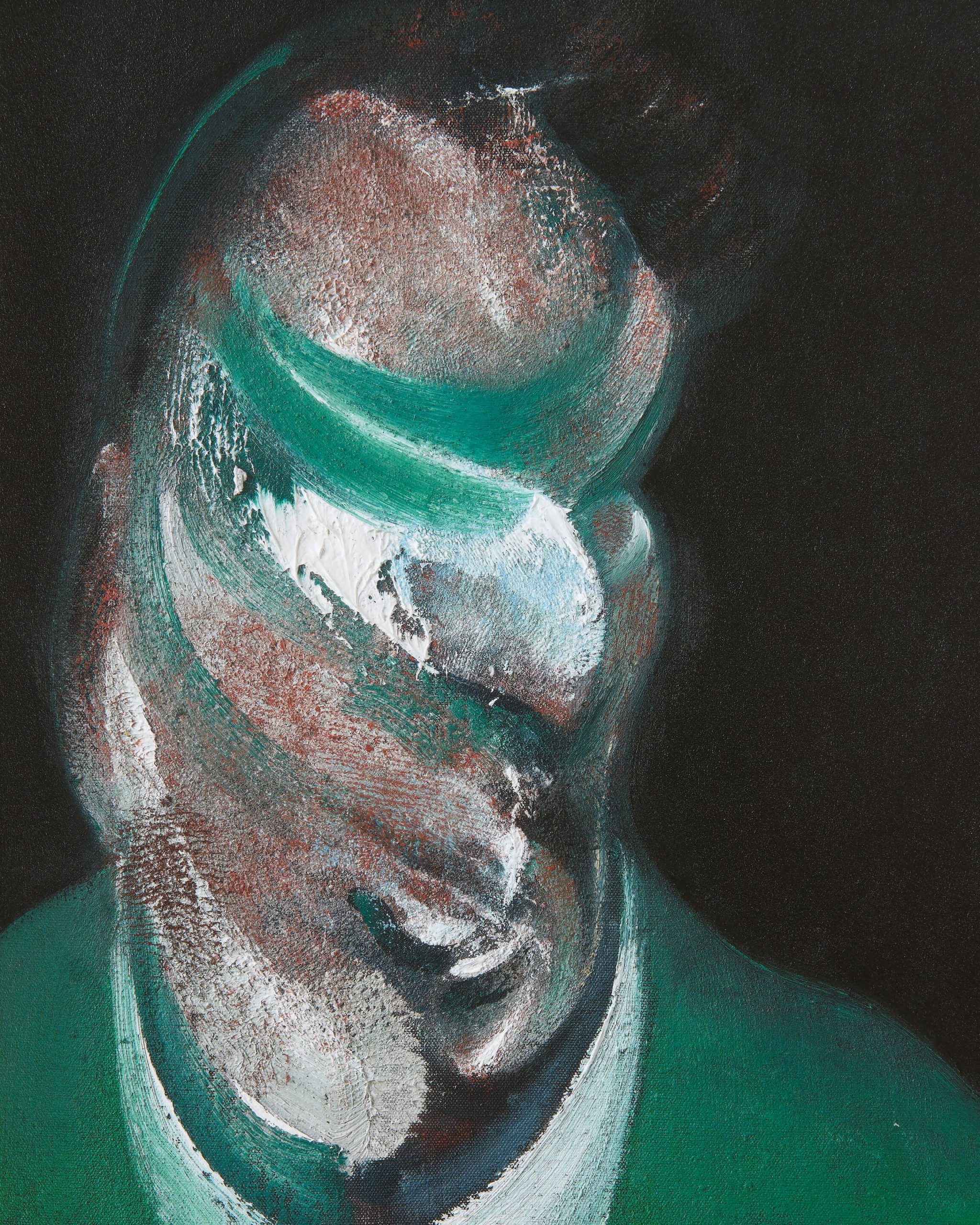 ‘Study for Head of Lucian Freud’ is a painting originally produced by Francis Bacon in 1967, which recreates the likeness of the famed portraitist through Bacon’s trademark blurred brushwork and sombre colour palette. The painting was edited into a series of giclée prints mounted on aluminium by HENI in 2015.

The sitter’s features, distorted beyond any recognition, occupy most of the canvas. Freud’s head, transformed into a mass of broad rough brushstrokes, contrasts starkly with the black flat background, a void that seemingly swallows the whole figuration. If Freud’s portraiture was celebrated for the artist’s ability to perceive and reproduce his sitters’ innermost psychology through their bodily features, in this work Bacon rejects pictorial representation altogether. This artwork, maintaining only a shirt collar and an acid green jacket, expresses the identity of its subject only through its title. His face, traditionally a site of social signification, is transformed into a gaping hole, absorbing vision and identity.

Suspended into a featureless void, Bacon’s rendition of Freud is isolated from any narrative context and conveys a continuous existential despair. Freed from the constraints of portraiture, these images embody a kind of archetypal emotional expression, conveyed through anatomical distortions and suggestive colours. 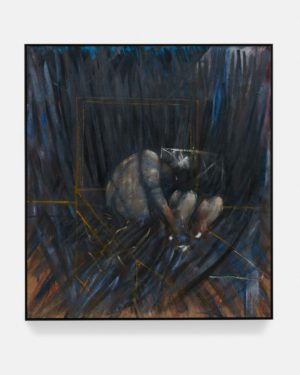 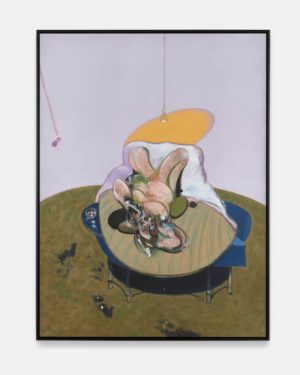 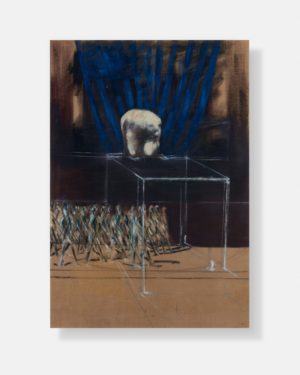 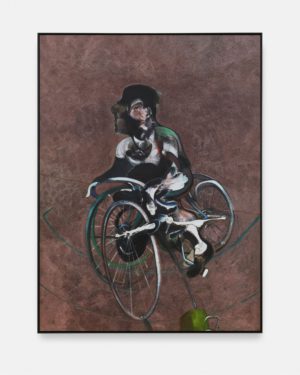 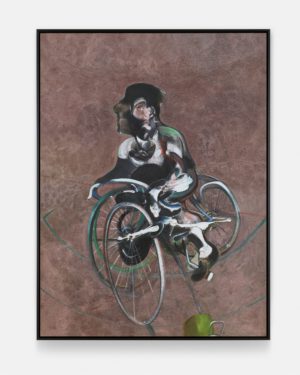 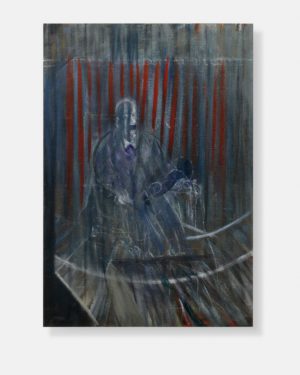 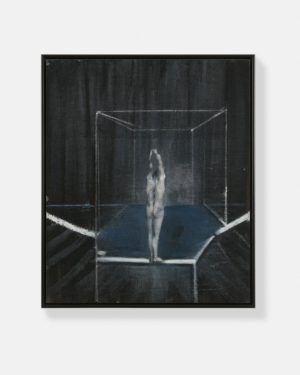